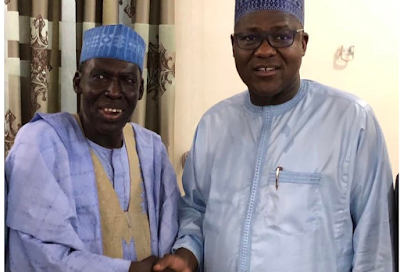 The Bauchi State Commissioner for Finance and Economic Development, Hon. Garbi Mohammed Akuyan, who resigned his appointment on Friday has dumped the All Progressives Congress, APC for the People’s Democratic Party, PDP.

Akuyam who was the Director General of the campaign team of Bauchi State Governor, Mohammed Abubakar in 2014 said he was compelled to resign in view of recent developments and political realities of the state.

However in a tweet on Friday night, Speaker of the House of Representatives, Yakubu Dogara confirmed that Garba Akuyan has joined the PDP.

Alongside a picture of Akuyan, he tweeted, “Glad to receive my brother, Hon Garba Akuyam who just resigned as Commissioner of Finance Bauchi State and joined the @OfficialPDPNig family.”