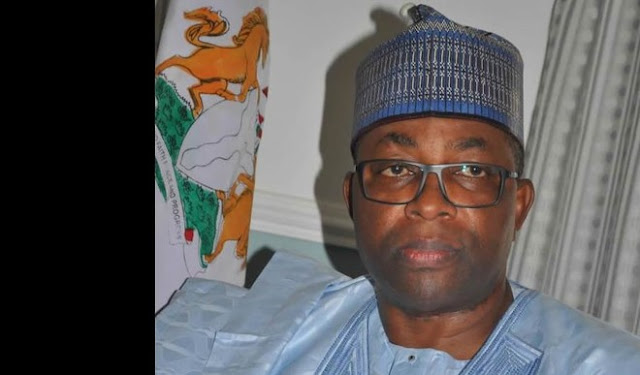 Governor Mohammed Abubakar of Bauchi State has met with President Muhammadu Buhari at the Presidential Villa, Abuja this afternoon.

The governor met with the president ahead of tomorrow’s continuation of collation in Tafawa Balewa LGA and correction of some errors in Ningi LGA before the final announcement of the winner of the governorship election in the state.

The battle for the Bauchi State Government House (BSGH) is between Governor Abubakar of the All Progressives Congress (APC) and Sen. Bala Mohammed of the Peoples Democratic Party (PDP).

The Independent National Electoral Commission (INEC), had, on Friday, formally set aside the cancellation of results of the gubernatorial election in Tafawa Balewa LGA of Bauchi State.

The presidency had, last night, said President Buhari will not interfere with the polls.

Speaking to Journalists after the meeting, the Bauchi governor said he met with the president over the INEC decision.

“I briefed him on the issues surrounding the inconclusive elections, the Returning Officer for Bauchi State, at the end of collation, rejected the result of Tafawa Balewa local government and then 36 other units spread around 15 local governments of Bauchi state and ordered a rerun.

“Surprisingly, we woke up one morning and INEC came up with a procedure that is not known to law. Because, where a Returning Officer has declared the result, only an election petition tribunal can reverse the result. But INEC is attempting to reverse itself in the case of Bauchi. And when one juxtapose that of Bauchi and other states with inconclusive elections, one wonders why that is happening only in Bauchi State.

“So, for that reason, there is a need for me to come and brief Mr. President because what has the potential of touching on the security of the state and it is paramount,” he said.

“It is a straight forward matter. The returning officer is the final arbiter even with respect to scores and declaration of result. And once he makes a declaration, no power can reverse that declaration except the duly constituted court of the land.

“I am not seeking any action of Mr. President. We all know Mr. President, he is a stickler for procedure. What I pointedly told him was that I am not here to seek for you to interfere on our behalf sir but to brief you on what is happening and what actions I have taken.”