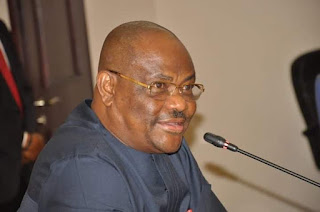 The All Progressives Congress (APC) in Rivers on Friday condemned the recent ban on the public rallies and protests in the state.

The position was made known by the party through a statement issued in Port Harcourt by Mr Chris Finebone, its State Publicity Secretary.

The party considered the ban announced by the Rivers Government as the height of absurdity.

It also described the ban as an act of illegality, reminding Gov. Nyesom Wike that Rivers people and indeed Nigerians had a legal right to peaceful protest.

“Wike should be reminded that Honourable Retired Justice Adekeye J.S.C. once stated that, “A rally or placard carrying demonstration has become a form of expression of views on current issues affecting government and the governed.

“It is a trend recognised and deeply entrenched in the system of governance in civilised countries.

“We must borrow a leaf from those who have trekked the rugged path of democracy and are now reaping the dividend of their experience,” it said.

The party wondered that “Why Wike would after wasting the people’s commonwealth on frivolous protests and in less than 24 hours, after the last of those protests, pronounce a ban on protests?

“The reason can only be that those protesting on the opposite side are now providing Rivers people and Nigerians better perspectives on the happenings in Rivers.

“The governor is simply acting like someone with a weak and incoherent argument against the more coherent, sensible and logical argument of the opponent.

“Another reason for the ineffectual ban is to scuttle further exposure of the ills and atrocities of the state government that have punished civil servants.

It added that pensioners, civil servants, workers of RSSDA and Greater Port Harcourt City Development Authority and others might soon protest their alleged abandonment and suffering.

“It is necessary at this point to inform Gov. Wike that his ban on the protest is simply a waste of time and space.

A statement from the State Commissioner for Information, Emma Okah, said that the ban was “with immediate effect.”