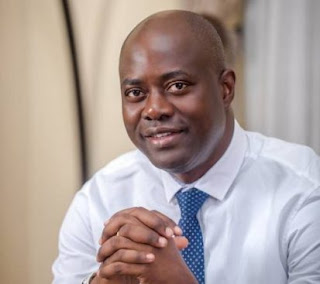 The governor of Oyo State, Senator Abiola Ajimobi and the state chapter of the All Progressives Congress, APC on Monday congratulated the governor-elect in the state, Seyi Makinde.

Ajimobi, in a congratulatory message issued by his Special Adviser on Communication and Strategy, Mr Bolaji Tunji, quoted the governor as saying that that now that the elections are over, Engr Makinde should ensure that all stakeholders were carried along in his administration.

The governor urged Makinde to start getting prepared for the onerous task of governance by putting behind him all the electioneering acrimonies and prevail on his followers and supporters to guard against acts and utterances capable of igniting a crisis in the state.

Similarly, the state chapter of the APC in a statement by its Publicity Secretary, Dr AbdulAzeez Olatunde on Monday, congratulated its gubernatorial candidate, Oloye Bayo Adelabu and the Governor-elect for a good race and a well fought battle at the polls, concluding that an election is not a do or die affair while respecting the declaration of the electoral umpire.

APC also appreciated its party faithful, supporters and voters in the recent National and State elections.

The statement reads: “The elections have come and gone, won and lost and the people of Oyo State have spoken. We respect the INEC declaration of Engr. Seyi Makinde as the Governor-elect and wish to congratulate him. Similarly, we commend the gallantry of Chief Adebayo Adelabu who gave a good account of not only himself but the APC in Oyo State. Our commendation also goes to all the victorious candidates in our party.

“Meanwhile, we will watch developments and use this opportunity to appeal to our party members and supporters to be calm and conduct themselves in a peaceful manner as the unprecedented eight-year tenure of the APC led by Governor Abiola Ajimobi has been a season of peace, safety and security which yielded monumental developments in various sectors of the state’s economy,” Dr Olatunde added.