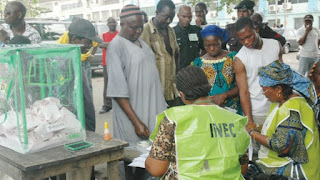 There is high voter turn out for the supplementary governorship election in some polling units in Michika and Madagali local government areas despite recent Boko Haram attacks in the areas.

The two neighbouring areas are seen as the strongholds of the Peoples Democratic Party (PDP) candidate, Ahmadu Fintiri who hailed from Kirchinga in Madagali.

It was gathered that a high number of voters trooped out to cast their votes at polling unit 005 in Duhu/Shuwa ward in Madagali as well as polling unit 003, 005 and 006 in Moda, Bazza-Margi and Jigalambu wards in Michika.

There is heavy security presence in all the polling units while normal commercial and social activities thrive in the area.

A voter, Faruk Mukhtar Higi said the election was crucial to the people of the areas because they wanted more presence of government in terms of infrastructure, resettlement of displaced persons and communal harmony, adding that the process was transparent so far.