About 50 persons rescued so far — LASEMA 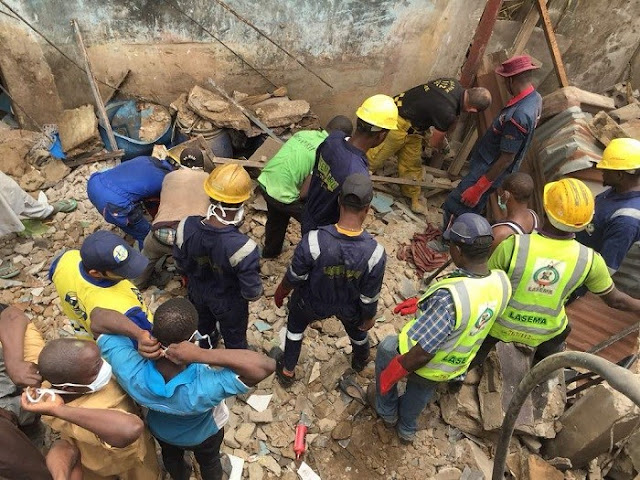 The Lagos State Emergency Management Agency has said that about 50 people have been rescued from the collapsed building at Ita-Faji, Lagos Island.

LASEMA General manager, Tiamiyu Adesina made this known at the scene of the collapse.

He added that the rescue team would remain on the scene until they can confirm that no one is left under the debris.

Rescue operation was put on hold for a few minutes when it was discovered that there was still power supply in one of the electric poles beside the building.

The operation has since resumed.