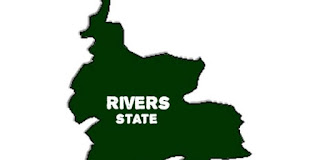 Rivers State Government has set up a committee to identify those killed during the Presidential and National Assembly elections in Abonnema, Akuku-Toru Local Government Area.

The Committee also has the responsibility of identifying the soldiers who died during the Presidential and National Assembly elections and March 2, 2019. The high-powered committee is headed by the State Deputy Governor, Dr Ipalibo Harry Banigo.

Speaking during a memorial service in honour of Abonnema people and soldiers who died on 23rd February and March 2, 2019, at St Paul’s Nyemoni Church on Wednesday, Governor Wike said that the committee will have the responsibility of also identifying the bereaved families.

He said: “A committee headed by the Deputy Governor will identify those who died and their families. The government will give them the necessary assistance.

“The committee will also identify damaged property affected by the election crisis so that the Rivers State Government will offer the required assistance for their repair”.

The governor said that the Rivers State Deputy Governor will lead a high-profile delegation to the Nigerian Army to commiserate with them on the death of their personnel during the Presidential and National Assembly elections and on March 2, 2019, at Abonnema.

He commiserated with the bereaved families in Abonnema and the families of the soldiers who died during the elections. The Governor prayed to God to comfort them.

“I appeal to politicians to understand that power comes from God. Those who foment trouble should be asked to bring their grown-up children to execute political violence.

“God has done it for Abonnema and Rivers State. We will have peace. I urge all leaders to work with the Traditional Council to bring peace. Take all necessary measures for peace to reign. The Rivers State Government will support you “, he said.

Governor Wike urged Rivers people not to be provoked despite the antics of those determined to cause crisis during the Governorship and State Assembly elections.

He berated the Minister of Transportation, Chibuike Rotimi Amaechi for describing the peaceful town of Abonnema as the hideout of militants.

The Amayanabo of Abonnema, King Disrael Bob-Manuel said that the Akuku-Toru Local Government Traditional Council got intelligence that there might be violence during Presidential and National Assembly elections and took measures to forestall it. He said one of the major political parties refused to sign the peace accord.

He said that ahead of the Governorship and State Assembly elections, the Traditional Council would hold another peace meeting on Thursday where a peace accord will be signed. He said any political party that fails to sign would be held responsible should violence break out.

In his sermon, Pastor Christopher Briggs urged the people of Abonnema to come to God in repentance so that he will cleanse their land for the good of the area.

He said that Abonnema couldn’t have suffered the type of crisis if the people had learnt from history.

Prayers were said to seek God’s protection for Akuku-Toru Local Government Area and Rivers State during the Governorship and State Assembly elections. Prayers were also said for the repose of the souls of all those who died on 23rd February and 2nd March of March 2019.

It will be recalled that violence broke out in Abonnema during the Presidential and National Assembly leading to several deaths and the disruption of the elections.