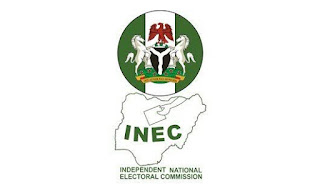 The Independent National Electoral Commission has postponed the House of Assembly election for the Nasarawa / Binyeri State Constituency of Adamawa State.


Resident Electoral Commissioner in the state , Mr Kashim Gaidam, disclosed this to the newsmen on Thursday in Yola.


Gaidam said that the postponement became necessary following the death of a member of the assembly , who was the candidate of the All Progressives Congress in the election.


The APC candidate , Mr Adamu Kwanate, until his death on Wednesday , was the member representing the constituency.

It was gathered that late Kwanate collapsed while campaigning for his re - election , and died later in a hospital in Yola.


Gaidam said that the postponement would allow APC and people of the constituency to find a replacement.


“ We received a letter from the party and the House of Assembly regarding the death of the candidate and we have replied , giving them one week to find a replacement.


“ We will communicate their replacement to the headquarters to fix a new date for the election, ” Gaidam said.