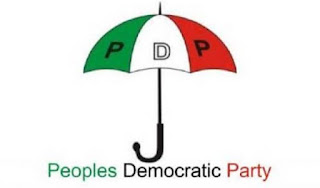 Following the abysmal performance of the Peoples Democratic Party, PDP, in the state Assembly election in Edo state, a group under the umbrella of Edo PDP Parliament for Positive Change, has urged the state party chairman, Chief Dan Orbih, to step aside as the chairman of the party.

The group said they were out to rescue the PDP in the state from “non-winning election syndrome” and turn it into a vibrant, inclusive and transparent Party that will always win elections in the State.

A communique signed by its Legal Adviser, Barr. Davison Osas Davison and made available to journalists in Benin said the group was opened to other party members who are passionate about the PDP and want to reverse its electoral misfortunes.

“In that past nine years, Dan Orbih has never won any reasonable election, rather he has consistently pretending to be winning his polling unit and ward only to be losing his local government, senatorial district and the State to the ruling APC.

“It is only in Edo that the PDP will win the Presidential elections only to lose the State assembly election, owing to seeming arrangement between him and All Progressives Congress, Adams Oshiomhole, who is from his place ”, he said.

“we can no longer fold our hands and allow a group of political merchants to destroy the party we laboured to form and nurtured before the so-called leaders came in from other parties to reap where they did not sow,”.

He accused chief Orbih of using his position to enrich himself.

Responding, Chief Orbih described the group as faceless, saying there was no group with such name, either at the state or national level of the party.

“They are faceless group sponsored by the state APC as a payback for the humiliating defeat it suffered in the Presidential and National Assembly election”, he said.

On spending nine years as chairman, Orbih said with the party’s constitution, it was impossible for anyone to spend more than eight years of two tenure.

He added that his tenure expires next year and that the party is looking for a competent party member, who can step into his shoe.