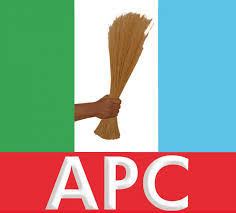 Mr. Wole Oke, a chieftain of All Progressives Congress in Kwara State, says Saturday’s governorship election is very crucial to the emancipation of the state from clutches of oppression.

Chief Oke,  from Kwara North,  said this on Tuesday in a statement in Ilorin.

He urges the people to come out en masse to vote for the candidates of the APC on Saturday.

“The current euphoria of the presidential and national assembly election victory should not be allowed to blind or delude the people into believing that all is well.

“Nothing at this stage should be taken for granted lest our complacence becomes our Achilles heels, the back door through which our current victory could be rubbished by a wily and sly political game master.

“The people of Kwara State should be reminded that a bruised snake is more deadly,” Oke said.

He appealed to the people to come out in full force and more determined than they were on February 23 to vote massively for APC governorship candidate, AbdulRahman AbdulRazaq, and all APC House of Assembly candidates.

“We can be partakers and active participants in the management of the patrimony and commonwealth of the state only if we vote massively for APC candidates in the elections.

“This ‎remains the only means of breaking away from the practice and tradition of the last sixteen years in the governance of our state and the only avenue to the sustenance of the collective dignity and integrity of the people of Kwara State as human beings,” Oke said.

Oke added, “With this outcome, a new chapter has been opened in the political history of the state of Kwara and a fresh beginning in the governance style of the state already in the offing.

“However, it is ‘not yet Uhuru’. We still have more rivers to cross.

“The governorship and the state assembly elections of March 9, 2019, are very significant and indeed, much more relevant to the cause of the peoples’ struggle for total liberation from the political bondage,” Oke said.