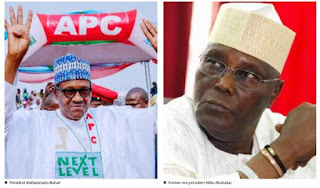 The Forum of Nigerian Leaders and Elders has reviewed last Saturday’s Presidential and National Assembly elections, saying the polls “revealed massive irregularities and outright abuse of the electoral laws, the rules and regulations of INEC.”

It also said security forces failed to maintain neutrality and operate within the highest standards of their calling.

In the wake of its review, it has backed the move by the People’s Democratic Party (PDP) candidate, Atiku Abubakar to challenge the outcome of the elections in court, saying Buhari’s victory was “illegitimate.”

The forum endorsed the candidature of Atiku in the build-up to the elections.

It said it saw Atiku’s decision “as patriotic, responsible and ultimately the highest contribution to the democratic system. Some other person would by now be soaking “baboons and dogs in blood,”

The forum noted that the Peace Accord signed by the Presidential candidates “was ridiculed by deliberate and open abuse of organs of the state, the denial of rights of many citizens to vote and blatant abuse of all the commitments made by the administration.”

The elders called on the judiciary to do justice to the appeals that will come before it, reminding it that the eyes of the world would be on them.