2019 budget: President Buhari is responsible for delay in passage – Ekweremadu 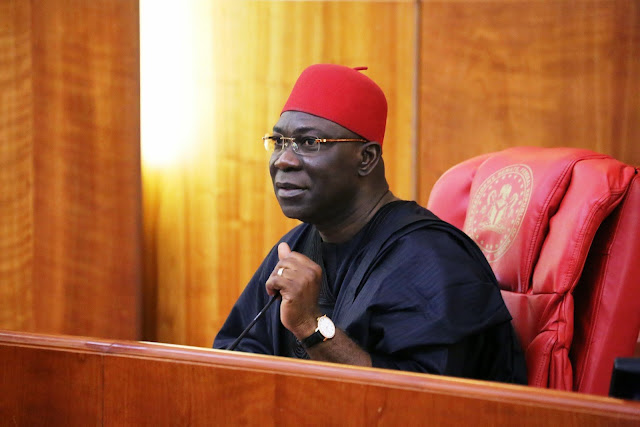 Ekweremadu was reacting to the lead debate on the 2019 N8.83 trillion budget by the Senate leader, Ahmed Lawan on Tuesday.

Senate begins the second reading of the budget, Wednesday which was presented by President Muhammadu Buhari on 19th December 2018, but could not debate on the proposal due to breaks.

Ekweremadu who has been re-elected for the 5th time reminded his colleagues that, “the constitutional provision for the nation’s financial year”, has been from January to December of each year.


He lamented that Mr President would always present the budget before the joint sittings towards the end of December, thereby, made it impossible for quick passage.

“Mr President, my distinguished colleagues, I must commend the Senate leader, for the elaborate lead debate on the budget. ”

“However, the executive is always responsible for budget delay. Section 318 of the 1999 Constitution as amended provided the budget circle from January to December of every year.”

“In laying the annual budget before us late December as he has been doing makes it difficult for us to meet up with January to December requirements.

He further explained that late passage of the budget was affecting agriculture in Nigeria as farmers could not access funds for commercial farming.

It is recalled that President Muhammadu Buhari accused the 8th Senate of slowing down his administration for not passing annual budgets on time.