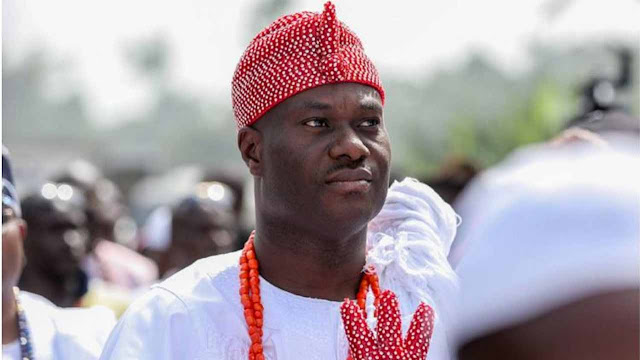 The Ooni spoke Saturday to newsmen at the resuscitated Edi Annual Festival in Ile-Ife, meant to celebrate Oluorogbo, who according to mythology, ascended to heaven, after being killed by her mother, Moremi as a sacrifice for the gods.

There is no difference between Oluorogbo and Jesus Christ, the son of God that Christians believed in, for they both sacrificed their lives for the salvation of all souls, Oba Ogunwusi said.


Oba Ogunwusi described Oluorogbo as a selfless deity that turned himself into a sacrificial lamb for humanity, to bring peace and sanity among other deities to the world.

He added that as Jesus Christ brought peace and unity to the whole world, so also did Oluorogbo deliver people at the time of trouble by allowing peaceful coexistence to reign supreme.

Pushing his point further, Oba Ogunwusi said Oluorogbo was the son of God who stood for purity and godliness that signified what God stands for, adding that Oluorogbo was among the deities that were specially made.

Unlike Jesus Christ who came 2019 years ago, Oluorogbo preceded the creation of the whole universe and as Christians are expecting the second coming of the Lord Jesus Christ, Oluorogbo will forever remain, the Ooni said.

Oba Ogunwusi debunked the perception that Ife indigenes are idolaters.

On the contrary, he said, by celebrating their deities, the Ife people are only worshiping the Almighty God and upholding the cultural heritage and tradition of the Yoruba race.

He said that some people have ignorantly tagged the cradle of Yoruba, Ile-Ife as a town that practised idolatory.

Ooni urged the populace to give room for peace and unity. He also urged them to be altruistic for no one can achieve greatness in life without showing love to others.

He urged all and sundry to emulate the Oluorogbo in giving all they have to assist others in trouble.

According to Yoruba mythology, Oluorogbo was the only son of Moremi, who she used for sacrifice to the river goddess to deliver the people of Ile-Ife from Igbo predators.

One Ife myth said Olurogbo survived the sacrifice. He made a rope of grass and climbed to heaven where he is said to have lived ever since with the gods and immortal heroes of Yorubaland.

The Iyalode Osun Ife Worldwide, Ms Nilsia Lourdes dos Santos, who came from Brazil to Ile-Ife for the festival, condemned the indifference of Yoruba to their tradition.

Santos said that Ile-Ife as the source of all Yoruba has all the deities, one of them being Oluorogbo that delivered the race from the destruction of the enemies.

Adegoke explained to those keeping away from Yoruba culture, because of the religion they uphold that culture is quite different from religion.

She appealed to all Yoruba to embrace their cultural heritage to keep the memories of their past heroes alive.