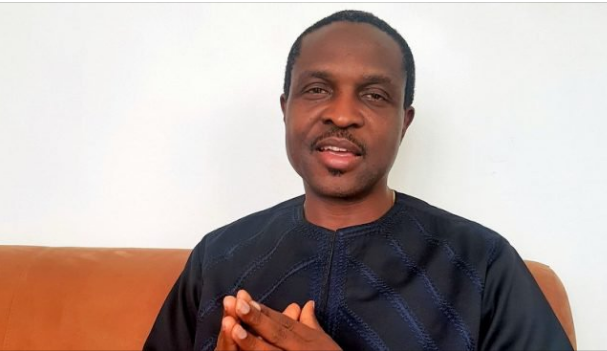 The governorship candidate of the All Progressives Congress, APC, in Rivers State, Tonye Dele Cole, has again condemned the decision by the Independent National Electoral Commission, INEC, not to include the party in the ballot ahead of the governorship and State Assembly elections.

Tonye also lamented INEC’s refusal to include the over 72,000 votes in favour of the APC from Emohua local government area after being duly collated and announced by the LGA collation officer.

In a statement on Thursday, Cole said, “APC has withstood a judicial lynching that has long since baffled legal luminaries of how the Justices Nworgu, Yahaya and Omotosho’s judgements came about.

“That PDP would interfere with another party’s internal process in a court of law and secure a judgement that prevents their major competitor from campaigning in any form or manner, barring any of their candidates from being on the ballot is mind-boggling, especially against clear Supreme Court judgements that prevents one political party from interfering with the affairs of another as in the case of Alhassan v Ishaku, PDP v Sylva, PDP v Angodi etc.

“Our party also had to contend with numerous court battles, a brutal internal conflict with Senator Magnus Abe that disenfranchised members of the party, many of whom have now openly decamped to the PDP, multiple attacks on the party at campaign rallies of the opposition and severe attempts to break the spirit of the party faithful. It was indeed a resounding success to see the turnout of APC voters across the state.

“This was in spite of an INEC body that was swift to obeying the PDP sponsored judgement but resolute in its decision not to obey an order of Stay of Execution. Our concerns were further affirmed by Rivers State’s INEC’s refusal to include the over 72,000 votes in favour of the APC from Emohua LGA after being duly collated and announced by the LGA collation officer whose duty it is to so do in accordance with the provisions of the Electoral Act.

“It therefore means that the Rivers State office of INEC cannot be said to be truly independent as it had no hesitation in allowing the result of Khana, Andoni and other Local Government Areas in favour of the PDP.

“In the wake of INEC not affirming the relisting of our candidates, we had promised the people of Rivers State that APC will closely follow every ballot box, every vote cast and every result declared to its final conclusion.

“We affirmed not to allow the votes of the citizens to be stolen and to ensure the results will be as close to reality as is humanly possible. That was the mandate we gave to our people and that is the mandate we delivered.

“That in the midst of such heavy intimidation and array of forces squarely aimed at destroying the Rivers APC, in an election where we had no candidates, APC faithful still turned out with well over 200,000 votes, while the PDP unencumbered by money, full array of candidates, robust campaigns and incumbency power was strictly restricted to the unpleasant reality of recording just over 450,000 votes, the lowest tally of votes they have ever recorded.

“This is the true victory and a loud statement of intent that the people of Rivers State are sick and tired of governments that promote fear and intimidation, extol violence as a virtue and only come around during election times to make promises they have no intention of keeping while spreading falsehoods aimed at hoodwinking an electorate with the hope they can steal another election before the people wake up to the truth.

“Unfortunately for them, the people are now awake.

“Finally, as we head towards the next set of elections, we urge our party members, supporters and Rivers people to remain calm and peaceful. We are confident that INEC would now do the right and proper thing by restoring all our candidates, including those for the National Assembly, back on the ballot and the people will have the choice to come out without fear of further violence and vote for the change they truly desire but up until now have been afraid to express.”