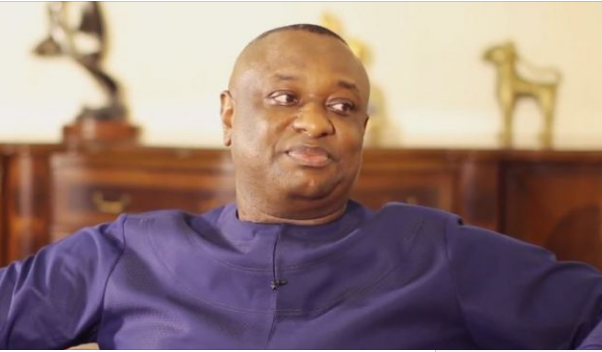 Festus Keyamo, the spokesman of the Buhari Campaign Organisation, says snatching of ballot box can be charged as treason or treasonable felony, which he says is punishable by death.

Keyamo, in an attempt to defend President Muhammadu Buhari’s position, on making ballot box snatchers pay with their lives, said those quoting the electoral act are ignorant.

“I have listened to so many uninformed comments since yesterday, and comments that are laced with heavy politics, but let me tell you straight away that there is no spin to put to the statement of the president, there is no need to repackage it,” he said.

“What the president said is 100 percent correct, 100 percent defensible, and I will urge him to repeat it over and over again.

“The president said whoever leads a band of thugs to go and snatch ballot boxes will pay dearly for it with his life. That is a correct statement of the law, because if you look at the definition of thugs; a thug is a murderer, a thug is a robber, a thug is a vicious person.

“The law is that when you are found at the scene of a crime, committing violence that will put the life of people in danger, you can be shot dead on the spot.”

Keyamo added that every lawyer knows that ballot box snatchers can be shot, and the security agencies will be justified by the firearm act.

“People have cited the electoral act, and I said those people are ignorant. The electoral act says that those who snatch ballot boxes should be given some fine and three years, and all kinds of things.

“But I will tell you that under the law, if a person commits the offence, the prosecutor has an option to charge him under different laws. Those who snatch ballot boxes are robbers by definition of the law.

“If you take anything by force, you are a robber under the robbery and firearms act. If you come to a polling station, take note, you don’t even have to be armed, in most cases they are armed.