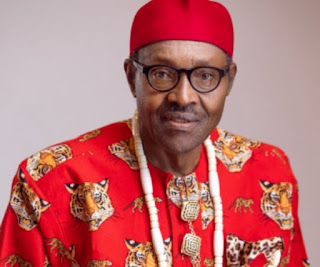 The apex socio-cultural youth body in Igbo land, the Ohanaeze Ndigbo Youth Council, has asked President Muhammadu Buhari to hand over peacefully to whoever emerges winner of the forthcoming presidential polls rescheduled for February 23, 2019, that is if he fails to win the election.

The President-General of the youth body, Mazi Okechukwu Isiguzoro, gave the advice in Abakaliki on Sunday while fielding questions from journalists on the postponed presidential election.

Isiguzoro, who noted that in 2015, former President Goodluck Jonathan accepted defeat and handed over peacefully to the incumbent, wondered why Buhari would not do the same if the outcome of the elections stood against him.

He said, “We ask President Buhari to peacefully handover to anyone that wins if the outcome of the election turns out to be against him. That’s the noble thing to do at this time.

“As a man with a good heart that he is, President Buhari has said it before that he lost previous elections since 2003.

“Former President Goodluck Jonathan did it and today he is a hero of democracy worldwide. Jonathan accepted defeat. Even when the indices then hadn’t all concluded he had lost in the 2015 presidential election, he called the incumbent and congratulated him.”

He added, “Buhari will be under pressure not to handover but we believe he should rise above self and do the needful if he loses in the election.”