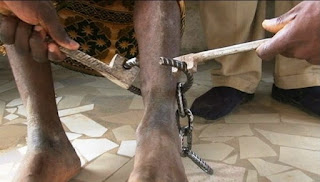 Ogunsola, who runs an online Mental Health Advocacy and Counselling, Empathyspace.ng, told the newsmen in Lagos that poverty did not directly cause mental ill-health.

“It can significantly increase the risk of developing one, vis-a-vis the untold hardships, traumatic experiences and gross disadvantages that come with being poor.

“Also, bearing in mind that poverty can lead to long term emotional distress resulting from numerous socio-economic challenges ranging from hunger and insecurity to being destitute.

“The role of poverty in increasing vulnerability to mental illness can be explained through the pathways of poor nutrition, poor living conditions, including noise and air pollution and overcrowding,” she said.

“There is also increased risk of contracting infectious diseases such as tuberculosis, poor access to and affordability to standard health care services.

“This is because, poor management of medical conditions is a risk factor for developing mental disorders such as psychotic disorders, depression and sleep disorders among others.’’

The consultant noted that poverty could directly impact on the quality of life of persons already living with a mental illness.

According to her, poverty can increase the lifetime relapse episodes of such persons due to their inability to adhere to medication use, secondary to financial handicap, affect the treatment outcome and prognosis in such an individual.

“People with a diagnosis of mental illness are prone to being economically disadvantaged and in the long run impoverished as a result of limited chances of getting and maintaining employment.

“There is also an increased risk of job loss due to frequent work absenteeism and poor occupational functioning consequence on their mental state.

Kafaya explained that poor people were exposed to a certain level of stigma and discrimination every day of their lives.

According to her, such people are left with menial jobs which tend to be high-risk taking, energy expending, poor remuneration, with members of the society in a manner of speaking and ignorant of their hardships.

“Thus, poverty leaves the self-esteem and the confidence level of the poor man and woman repeatedly bruised and battered, which can predispose them to mental disorders such depression, anxiety, psychoses, drugs and alcohol abuse,’’ she said.

The psychiatrist said that addressing the issue highlighted above would require private and public partnerships directed at reducing the spate of unemployment, with a focus on Nigerians living below poverty lines.

Kafaya said: “There should be improved access to education, provision of decent housing and ensuring universal mental health coverage in the country with the subsidised cost of mental health care.

“Also, there needs to be training and employment of mental health specialists throughout the country to reduce the mental health gap.

“Of utmost urgency is the need to pass the Nigerian mental health bill into law which will enforce policies that favour and ensure inclusion at all levels of Nigerians with mental health challenges and disabilities in tandem with the World Health Organisation stipulations.’’