Polls shift: There were attempts to sabotage us - INEC chairman 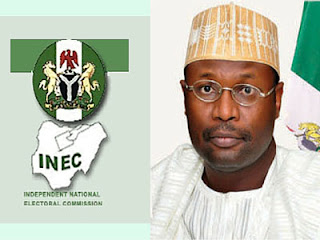 The Independent National Electoral Commission (INEC) yesterday listed sabotage of its efforts as one of the reasons for the rescheduling of this year’s elections.

Professor Mahmood Yakubu, Chairman of the commission, said three fire incidents in a space of two weeks at INEC offices could not have been coincidental.

Yakubu spoke yesterday in Abuja at a meeting with stakeholders to throw more light on why INEC had to postpone the elections,six hours to the accreditation of voters for the presidential and national assembly polls.

He said: “we also faced what may well be attempts to sabotage our preparations.


“In all three cases. serious disruptions were occasioned by the fire, further diverting our attention from regular preparations to recovery from the impact of the incidents.

“In Isiala Ngwa South, hundreds of PVCs were burnt, necessitating the re-compiling of the affected cards and reprinting in time to ensure that the affected voters are not disenfranchised.

“I am glad that all the cards were quickly reprinted and made available for collection by their owners.”

Yakubu who has come under severe criticism from the public,groups and parties,especially the APC and PDP,the two main parties in the country, denied that the commission was being manipulated from outside.

He said the decision to postpone was entirely that of INEC management.

“We believed that ultimately, this is for the good of our democracy and country. I wish to assure you of our commitment to free, fair and credible elections.”

On the impact of the fire incidents,he said:” In Qu’an Pan Local Government Area, our entire office was razed, destroying all the materials prepared for the elections, printed register of voters, ballot boxes, voting cubicles and several electricity generating sets.

“Registration Areas and over I00 polling units were affected by the fire. We recovered quickly and have since replaced everything destroyed. In addition, we secured a suitable building from which to conduct the elections.

“Perhaps the most serious was the fire incident in our Anambra State Office at Awka, which destroyed over 4,695 Smart Card Readers being prepared for the elections. These Card Readers take at least six months to procure.

“Despite this setback. we have practically recovered from this by mopping up every available spare SCR across the country and within 24 hours delivered them for elections to hold in Anambra State.

“All these challenges mean that there have been differences in preparations from one state to another. Our overall assessment is that if the elections went on as planned, polls will not open at 8am in all polling units nationwide.

“Yet, we are determined that polls must hold at the same time everywhere in the country. In this way, elections will not be staggered. This is very important to public perception of elections as free, fair and credible. We promised Nigerians that we shall be open. transparent and responsive.

“Faced with these challenges, we initially thought that we only required a maximum of 24 hours to resolve the logistics issues involved and complete our deployment for the election.

“This would mean shifting the elections to commence on Sunday 17th February 20l9. However, given the restriction of movement during elections, that could affect many votes who worship on Sundays.

“ While the Commission was considering the following Monday 18th February 2019 as an option, our lCT Department advised us that it would require 5 -6 days to reconfigure about 180,000 Smart Card Readers earlier programmed to work only on election day Saturday 16th February 20l9. It is for this reason that the Commission decided to adjust the election dates to Saturday 23rd February 2019 for Presidential and National Assembly elections and a consequential adjustment of Governorship, State Assembly and FCT Area Council elections to Saturday 9th March 2019.”

He allayed fears about the safety of the already distributed electoral materials,saying they were being retrieved and taken back to custody of the Central Bank of Nigeria.

Continuing,Yakubu said:”It is often not appreciated the magnitude of activities that the Commission undertakes during general elections.

“Not only have we recruited and trained about one million young people to serve as ad hoc staff, the magnitude of materials mobilized for our elections is enormous.

“For instance, the Commission has printed 421.7 million ballot papers for six scheduled elections, as well as 13.6 million leaves of result forms for the Presidential election alone. Indeed, managing 91 political parties and 23,316 candidates for whom