PHOTOS: Buhari, Osinbajo receive their certificates of return from INEC 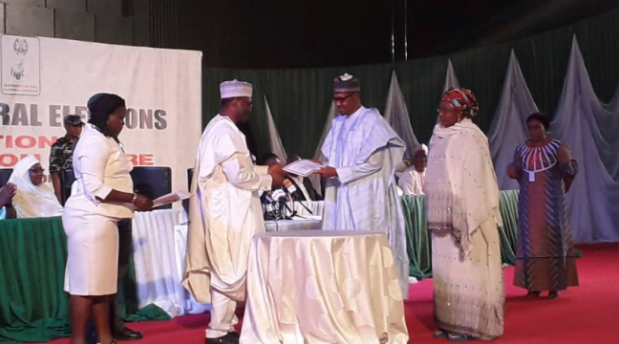 Atiku has since rejected the result and said he is going to challenge the outcome of the polls in court.

Top government officials were present at the at the International Conference Centre (ICC) where Buhari and Osinbajo were presented with their certificates.