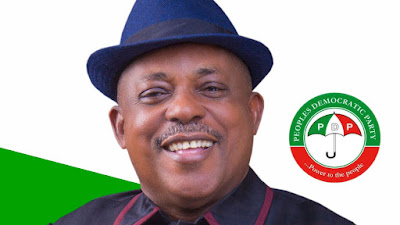 The National Chairman of the Peoples Democratic Party, Prince Uche Secondus, has said that the peace accord signed by the two frontline Presidential candidates, Muhammadu Buhari of the All Progressives Congress and Atiku Abubakar of the PDP is virtually dead.

Secondus said that all the terms of the agreement for peace have been broken by the ruling APC who he said had deployed military and the Police operatives to arrest and detain PDP leaders across the country.

He said that his party expected the Peace Committee and the international community to note the alleged declaration of war on PDP leaders across the country by those he declared overzealous security operatives who he said specially raised for the purpose.

He said that the APC and President Buhari, “are not disposed for peace as they have flagrantly violated the terms of the agreement.”


Secondus said in a statement from his media office that reports reaching him from Kwara, Akwa Ibom, Rivers, Kano, Kaduna and other states showed that “PDP leaders are being harassed with arrest and detention by security operatives on flimsy reasons.

He noted that while APC was using the military and Police personnel to chase PDP leaders across the country, they continued to give protection to APC leaders “as they ferry money and election materials to various locations.”