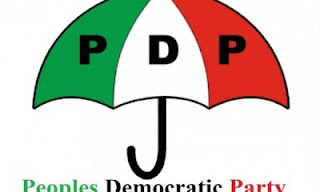 Akwa Ibom state governor, Udom Emmanuel, has said the Peoples Democratic Party (PDP) in the state will station 1,000 youths per unit to defend its votes.

He stated that the party has worked hard to ensure it wins the February 16 and March 2nd general elections, and are confident of winning the polls.

Speaking yesterday in Onna, his local government area to round off the campaigns, Emmanuel said plans by the opposition party to intimidate party and government officials have failed.

He mentioned that key party leaders have been threatened with arrest and cajoled to leave the party to no avail, adding that the evil they planned, God has frustrated.

He called on the youths to resist every attempt to arrest any party official and challenged the federal government to expose former members of the party in the state who evaded tax and are now members of the ruling All Progressives Congress (APC).

The governor thanked God for the peaceful campaigns and all party leaders, stakeholders and supporters who made the campaigns successful.

“PDP is unstoppable. We will produce the next president of this country. There is no way we would not win; we have gone round the whole Akwa Ibom.

“PDP is like a religion in Akwa Ibom. They planned evil, God did not allow it to happen; God has disappointed them. We started in peace and ended in peace and success.

“Akwa Ibom youths have rejected thuggery, they have embraced peace.

We don’t want war. We want employment, we want empowerment, we want job creation. PDP is the only government that will create jobs.

“Anybody that says elections will finish in 30 minutes must be questioned. No one with morality can truncate the electoral process. We have done our homework and we know victory is sure.

“We have paid heavily for tax invasion. We challenge the federal government to expose those who have run to them for tax evasion. God will judge them, they are evil people. They want to arrest my commissioners but God will not allow them.

“I have told the youths to resist every arrest. As the Speaker has said, we will have 1,000 PDP defenders in every polling unit. This is the first time a core federal constituency is producing a governor and for sake of peace and equity, he must run two-terms,” he said.

Meanwhile, an APC governorship aspirant in the state, Dr Edet Efretuei has defected to the PDP with over 5,000 of his supporters.

He declared his support for Governor Udom Emmanuel at the PDP campaign rally in Urue offong Oruko local government area, adding that he was robbed and schemed out of the APC governorship primaries.

He regretted leaving the PDP and expressed delight for returning, as he declared his readiness to work for the success of the party and the re-election of Governor Emmanuel at the general elections starting on Saturday.

“I have seen projects in this state. I am from that system and I am telling you authoritatively that there’s nothing like ‘federal might.’ We have to vote for the PDP at all levels to secure the future of this country,” he stated.