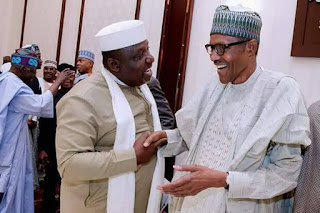 Governor Rochas Okorocha of Imo has congratulated President Muhammadu Buhari over his victory in the Presidential election of February 23.

Okorocha, in a congratulatory message, on Wednesday in Owerri on Wednesday also commended Nigerians for voting for the President in the election.

He described the re-election of Buhari for a second term as the “best political development for the nation at the moment”, saying that there could not have been a better alternative.

The governor also said that the support extended to the President at the polls was a clear indication of “his enviable popularity among Nigerians.’’

He said that the millions of votes the president garnered across the six geo-political zones in the country showed that he was a detribalised leader and also an endorsement of his anti-corruption war.

Okorocha expressed optimism that the President’s second term would be better than his first term in all ramifications.