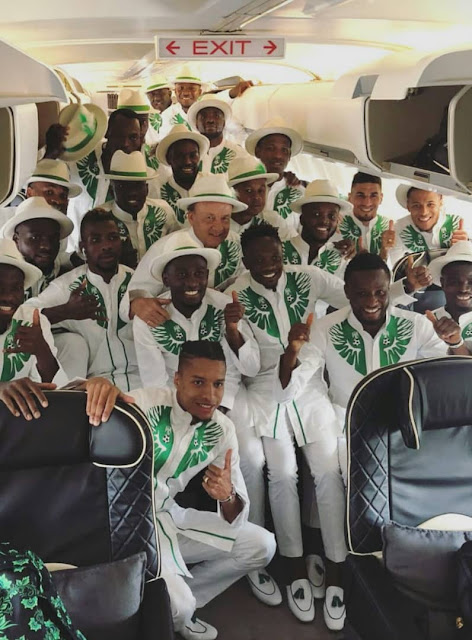 Seven months after the Nigerian Super Eagles received several accolades from reputable media platforms like BBC, GQ Magazine, Vogue for landing at the Russia 2018 World Cup as the best dressed/most fashionable out of the 32 teams that qualified for last year's mundial, the two Nigerian fashion labels responsible for putting the outfit together - GT Stitiches and Piolafootprints today blasted the Nigerian Football Federation for not paying for the outfit.

The much-celebrated outfits was a collaborative effort between  a Nigerian-Canadian, Esimaje Vincent Awani the CEO of Warri based GT-Stitches and PiolaFootprints a popular footwear brand based in Lagos who together won a competitive bidding process and put the outfits together for the entire squad in less than two weeks.

The outfit comprised of a beautiful south-south styled white hat with a green feather, a smooth white native attire with green embroidery of the Super Eagles emblem with an eagle on top of a ball crested on the chest, then with a nice pair of white shoes with green tassels.

However, the whole buzz occasioned by their traditional attire seemed to have been facilitated by debt and what increasingly appears to be a calculated attempt by the Nigerian Football Federation (NFF) to swindle a well-meaning Nigerian whose creative genius and enterprise birthed the team’s outfit to Russia.

NigerianEye spoke with the Creative Director/CEO of Piolafootprints, Mr Daramola Babalola, he lamented the unfairness on the part of the Nigerian Football Fedration (NFF).

'Despite the sweat, stress and sleepless nights, despite been adjudged the best team to the world cup by BBC, GQ magazine and Vogue, we were given a very short period to put this together and we never disappointed, it is unfair and shameful that the NFF is still owing us'


In a exclusive chat with NigerianEye Mr Awani stated that the NFF President Amaju Pinnick has been avoiding his calls and WhatsApp messages.

'Since the past seven months. I have gone to the NFF secretariat in Abuja repeatedly to demand for payment, after several promises. I have been very patient with them, not many can be as patient as i am. I have a family with a lot of bills to pay, and it's unfortunate that after working so hard, i'm being denied the fruit of my labour. I got fed up of the whole situation that's why i decided to cry out to let Nigerians know about this injustice' 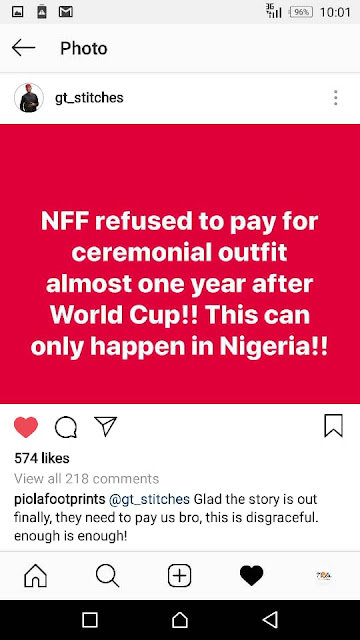 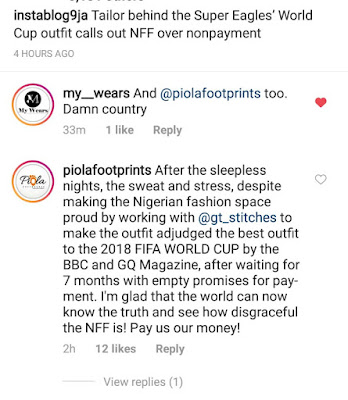 It's  shocking that the fashion outfits, GT-Stitches and PiolaFootprints that proudly showcased Nigerian cultural heritage through the beautiful ceremonial outfits are being owed despite the fact that the NFF were given N1.6 billion Naira by the Federal Government for all matters pertaining to the 2018 FIFA World Cup. 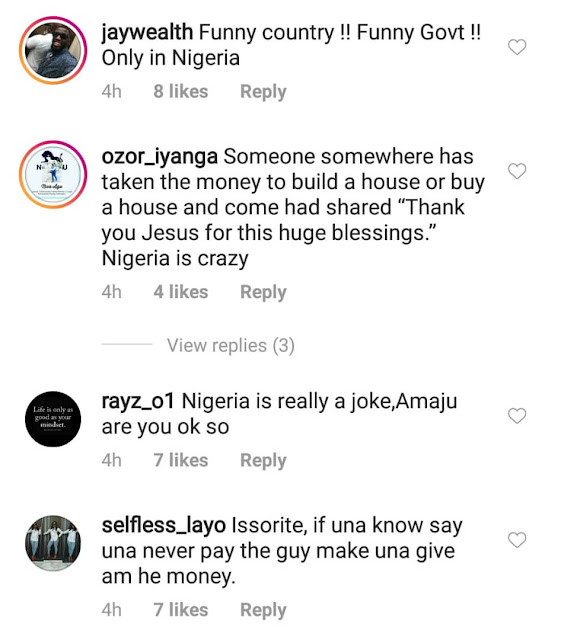 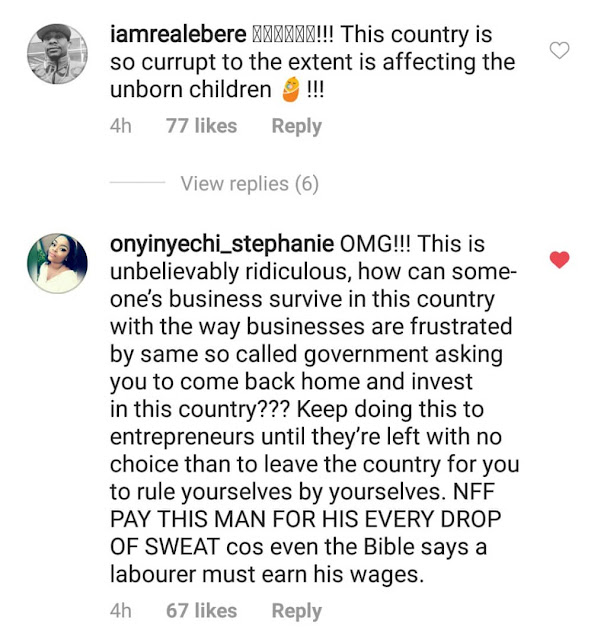