Ngige loses own LGA, threatens to sue INEC, PDP even if Buhari wins 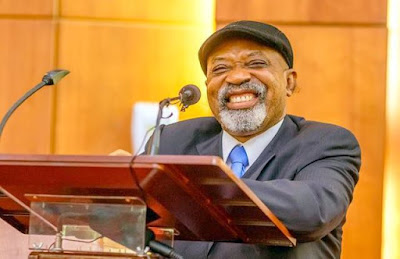 The Minister of Labour and Employment, Chris Ngige has expressed shock over the loss of his local government area, Idemili South, to the candidate of the Peoples Democratic Party, PDP, in last Saturday’s presidential election, Alhaji Atiku Abubakar.

Ngige, who was the agent of the All Progressives Congress, APC, President Muhammadu Buhari’s party, complained that his party polled 2,220 votes in the local government, which had as much as 35,000 accredited voters in the election, where he also rated himself as very popular.

He said the local government is reputed to be the most populous in Anambra State with 100,000 registered voters.

In the election result announced very early on Monday morning, the candidate of the All Progressives Grand Alliance, APGA, Gen John Gbor polled a paltry 876 votes, while the PDP polled 17,039 to emerge victorious in the local government.

But the minister challenged Prof Ikechukwu Odoh, who announced the result at the INEC headquarters in Anambra, saying that there were too many discrepancies in the result announced.

Ngige said, “the local government has the highest number of voters in the state, and it is a surprise that despite having over 100,000 voters, over about 50,000 accredited voters, my party could poll just 2,220 votes.

“There were a lot of irregularities, most of my people could not vote because of problems associated with the card readers. People from my maternal home, Nnobi were calling me and crying that they could not vote for their favourite candidates, yet they produced a huge figure for PDP.”

Ngige said his initial protest at the beginning of the collation of result was that most of the wards were collated from the local government headquarters and not from the wards as it was supposed to be.

“That was exactly the same thing they did in my local government. The PDP simply shepherded the collation officers to the local government area in Ojoto, where they locked themselves in a hall and came out with this figures.

“We will not accept this election result, I want to tell you (State collation officer) that this result cannot stand. It must be cancelled, no matter what pain will come with it.”

When journalists enquired from Ngige if he would still protest if at the announcement of the whole election, President Buhari was declared winner, Ngige said victory for President Buhari would not stop him from challenging the result in court.