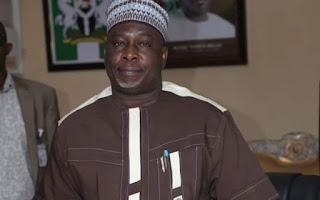 Kogi State Deputy Governor Simon Achuba says his life and those of his family members are in danger following the withdrawal of all his security aides.

Achuba at a press conference yesterday in Lokoja said all his security details were withdrawn on the eve of the just-postponed general elections and were yet to be restored despite his repeated calls to the state commissioner of police.

According to him, he was set to go to his village at Iyano in Ibaji Local Government Area for the election when all security aides were suddenly withdrawn.

“On the eve of the election, my security was summoned to the Government House for a security briefing just about the time I was set to travel to the village. Not long after, my ADC and orderly were also summoned by the ADC to the governor; he asked them to follow him and they did.

“He took them to near his house and handed them to the OC SARS. I started calling them but their lines were not going; they were asked to make a statement at the OC SARS office and they wanted to know what their offence was and they were accused of being involved in gunrunning.

“They said they don’t know anything about that except the guns given to them for their job as policemen. Since then, I have not seen the ADC and my orderly. They kept them in detention till date.

“My life is in danger because I cannot understand why my security personnel can be withdrawn on the eve of an election. As a member of the APC, I don’t know what level of division or misunderstanding that can lead to that.

Achuba called on the Inspector General of Police to prevail on the commissioner of police to restore his security details to him.

When contacted, the commissioner of police, Hakeem Busari, confirmed that the deputy governor informed him about the withdrawal of his security details and that he was working to resolve the issue.

He promised that two policemen would be deployed to the deputy governor’s house in the interim pending when the issue would be resolved.

Governor Yahaya Bello, through his spokesman,  Kingsley Fanwo. said: “It is not the responsibility of the governor to give security even to himself. The security heads do. So, the governor is not responsible for posting security to the deputy governor. So, if his claims are true, kindly get in touch with the security agencies to give explanations.”