Let Your Voice Be Heard This Saturday, Atiku Tells Voters In Broadcast 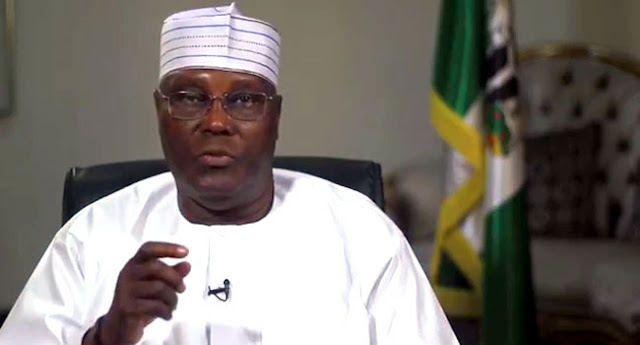 The presidential candidate of the Peoples Democratic Party (PDP), Atiku Abubakar, has asked Nigerians to defend their votes.

Atiku made the plea in a Facebook broadcast on Thursday, in what appears to be the last lap of campaigns ahead of the general elections scheduled to commence on Saturday.

“The future of Nigeria is in your hands. The power to get Nigeria working again is in your Permanent Voter’s Card (PVC),” he said.

“You have got the power; do not give it away by staying at home. Let your voice be heard this Saturday.”
The PDP candidate added, “Do not let the fear of election rigging stop you from voting; a high voter turnout is the best antidote to election rigging.”

The former vice president asked Nigerians to vote for him and his party and urged them to resist any plans by purported election riggers to take away their right to elect their candidates of choice.

He said he has toured all states in the country where he took his plans and visions to get Nigeria working again to the people.

Atiku urged the electorates to come out to vote in the Saturday elections, saying every vote count.

He described the situation in which an electorate decides not to vote as “voting for things to remain the same”.