Leah Sharibu still in Boko Haram custody — after one year 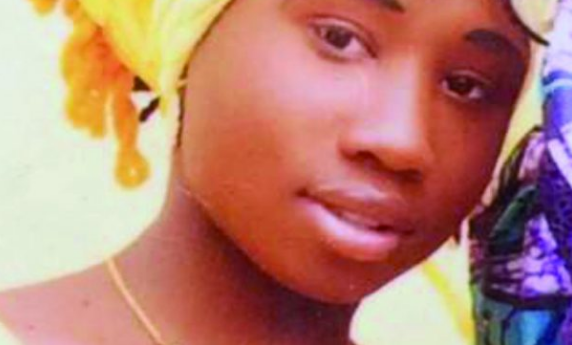 How has the last one year been for you? Awesome? Terrific? Well, it has been anything but amazing for Leah Sharibu, the only student of Government Girls Technical College, Dapchi, Yobe state, still in Boko Haram custody.
Sharibu was the only Christian girl among the 112 kidnapped from the school by Boko Haram members on February 19, 2018. Her continued captivity is her price for reportedly not accepting Islam.
She marked 15 years in the hands of the insurgents and even though the government has continued to say it is committed to bringing her back, not much is heard of the efforts being made in that regard.
THE BEGINNING OF SHARIBU’S TROUBLES

While the others were later brought home, Sharibu was held back for reportedly refusing to denounce Christianity.

The Islamic State West Africa Province (ISWAP), a breakaway faction of Boko Haram, has kept her in captivity since then, sparking public outrage.
TheCable had reported how Sharibu pleaded with President Muhammadu Buhari from captivity. She told the president to have pity on her parents and secure her release.
GOVERNMENT ‘TAKING FOREVER’ TO REACH OUT TO THE PARENTS
The federal government had said it was making efforts to secure her release.
In an interview with Voice of America late last year, Nathaniel Sharibu, the girl’s father, said no government official has reached out to the family since the kidnap incident.
“Since when they took these children from the school, the principal of the school, the chairman of Dapchi, the state government of Yobe and the federal government of Nigeria, none of them asked me about this issue up till now; none among them ask me about this girl,” he was quoted as saying.
“Nigerians should appreciate that any of our citizens, either boy or girl, Muslim or Christian is dear to us,” the minister said.
‘WE ARE DOING OUR BEST TO RESCUE LEAH’
The government, however, says it is committed to ensuring Leah returns home. Recently, Lai Mohammed, minister of information, denied rumours that the girl is dead.
How long will it take for Sharibu and other Boko Haram captives to re-unite with their family?