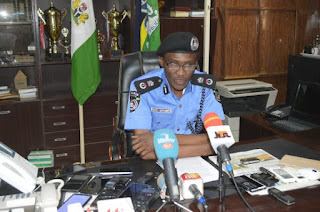 Mr Wakili Mohammed has assumed office as the new Commissioner of Police for Kano State Command, vowing to deal with drug and substance abuse in the state.

It could be recalled that the state has over some time been identified as one of the hot-spots for drug abuse.

Mohammed, who formally assumed office on Monday, took over from Malam Rabiu Yusuf following the recent transfers of police commissioners by the Acting Inspector General of police, Muhammad Adamu.

Mohammed was the Commissioner of Police in Katsina before his transfer to Kano Command.

The new CP was born in Gombe, where he had his primary and post-primary education. He graduated from the University of Maiduguri with a Bachelor of Arts degree in Languages and Linguistics.

He did his National Youth Service in 1986 and enlisted into the Nigeria Police Force as a Cadet ASP in 1988, trained at the Nigeria Police Academy Kaduna/Ikeja and after the training, he was posted to Bauchi State Police Command where he served various posts including Divisional Crime Officer(DCO), Divisional Police Officer (DPO), Officer in charge (OC).

He served at Economic and Financial Crime Commission (EFCC) where he headed Kano Zonal Office, Bank Fraud section and Director Internal Affairs Directorate all at EFCC.

Speaking at a news conference after taking over Wakili pledged to squarely deal with nefarious activities like drug abuse and thuggery with a view to laying a solid foundation for the peaceful socio-economic and political development of the State.