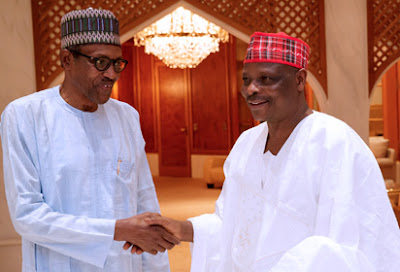 The Presidential candidate of the All Progressives Congress (APC), President Muhammadu Buhari has defeated that of the People’s Democratic Party (PDP), Alhaji Atiku Abubakar at Tofa Local Government Area of Kano State, as Senator Rabiu Musa Kwankwaso failed to deliver his Madobi constituency to Atiku.

The returning officer for the Local Government, Dr. Mohammed Murtala announced this on Sunday during the collation of result from across all the words in the area.

According to Murtala, the APC Presidential candidate has scored 19,984 while that of the PDP scored 7,732 votes.

Also, the returning officer announced that the APC candidate for the Kano North Senatorial Zone, has scored 16,794, while that of the PDP scored 10,746 and that of PRP got 397 votes.

Also, the returning officer for the Senate and House of Representatives from the Local Government, Dr. Umar Abbas said the APC Senatorial candidate for Kano South Senatorial Zone scored 18,412 while that of PDP scored 8,548 votes.

Abbas further announced that the APC candidate for the House of Representatives scored 18,029 while the PDP candidate scored 8,262 votes.

He also announced that APC candidate for the House of Representatives scored 22,100,while PDP got 15,925,as PRP secured 982.