7:19 AM CuteNaija 0 Latest News in Nigeria 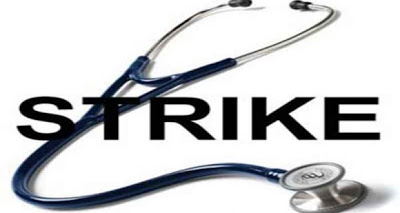 The leadership of the Joint Health Sector Union (JOHESU) has threatened to resume the industrial action it suspended on May 30, 2018 if the issues in dispute are not resolved.

The group has consequently scheduled to meet on Monday to decide the next step to take in its disagreement with the government.

Briefing newsmen yesterday in Abuja, JOHESU President, Comrade Biobelemoye Josiah, said: All branch executive representatives in both federal and state institutions are expected to attend the meeting. We urge all members to await further directives.”

The fresh threat to embark on strike has been said to contravene the interim order of injunction against the leadership of JOHESU.

According to a group, Kingdom Human Right Foundation, any attempt by the union to go on strike will “amount to disrespect and a deliberate affront to the majesty of honourable court. Such contemptuous act will warrant the invocation of disciplinary jurisdiction of the court for committal proceedings. ”

The group reminded the union that the May 17th 2018 order by the Industrial Court still subsists.

But JOHESU president yesterday said the government was the first to contravene the court order by applying no work no pay policy.

He noted that workers’ salaries for the month of April and May, 2018 was unjustly withheld.

Josiah further alleged that the no work no pay policy of the government only applied to JOHESU, while other groups get paid when they go on strike.

As part of the efforts to press home it’s demand, the union in collaboration with the Nigerian Labour Congress (NLC) and Trade Union Congress (TUC) has concluded plans to stage a national rally in Abuja to draw the attention of the federal and state ministries of health to their plight.

Among issues at stake are upward adjustment of the CONHESS salary structure; unjustified withholding of the salaries of JOHESU members for the months of April and May, 2018 and headship of hospital departments. Others are non promotion of members on CONHESS 14 – 15 as directors in some federal health institutions, and implementation of consultancy cadre to JOHESU members.