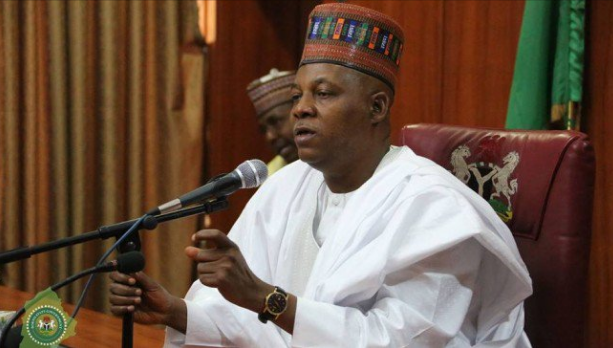 The Islamic State (ISIS) has claimed responsibility for an attack on the convoy of the Borno State Governor, Kashim Shettima, on Tuesday evening.

Shettima, who is contesting for a senatorial seat in this year’s election, was heading for a rally when the incident happened.

ISIS, in a statement on its Amaq news agency, claimed that 42 people were killed in Tuesday’s attack on the Governor’s motorcade.

Shettima’s Special Adviser on Communications and Strategy, Malam Isa Gusau, had confirmed the attack in a statement issued to reporters in Maiduguri on Thursday, but said only three persons were killed.


According to him, the attack happened on Maiduguri-Gamboru Road.

“This follows the unfortunate ambush of some vehicles in his convoy by suspected insurgents on Tuesday evening along the road to Gamboru, headquarters of Ngala Local Government Area.

“While the Governor is expecting full security briefing to get accurate information on the incident, preliminary report on Wednesday confirmed the killing of three persons during the attack.”