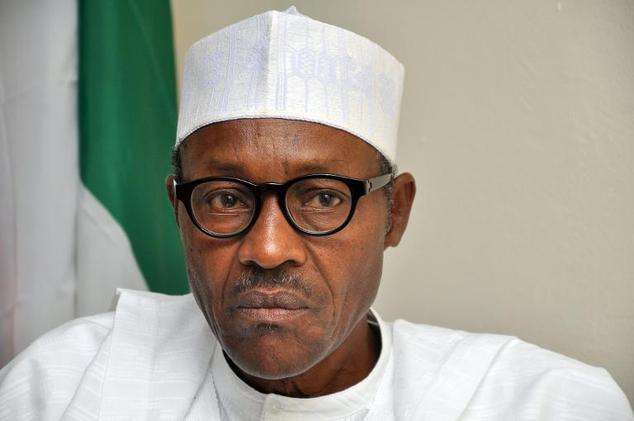 The body described the just ended presidential and National Assembly election as a “charade and a monumental travesty of justice.”

In a statement signed by its National Coordinator, Emmanuel Onwubiko and the head of legal, Barrister Sylvia Nneka Okonkwo, HURIWA urged the Peoples Democratic Party, PDP, presidential candidate, Atiku Abubakar to “explore the legal option which he has opted for.”

HURIWA said in terms of categorizing the crime committed by INEC in manipulating the outcomes of the Saturday’s elections in favour of the All Progressives Congress, APC, officials of the electoral umpire “committed a more egregious and satanic crimes than the alleged billionaire kidnapper, Mr. Evans.”

The group, therefore, wondered why on one hand, some persons including government officials are celebrating over the massive electoral thefts done by INEC but are silent or supportive even as Evans the kidnapper is being prosecuted

HURIWA said the double standards shows that Nigeria was an unjust community of individuals that support travesty of justice committed by elite but would very rapidly carry out mob justice on petty criminals.

The Rights group expressed pessimism that with the “near destruction of judicial independence by President Muhammadu Buhari through the unconstitutional suspension of the Chief Justice of Nigeria Sylvester Kanu Onnoghen over nebulous charges and his (Buhari’s) persistent disobedience of several court orders in the cases of erstwhile national security Adviser Colonel Sambo Dasuki and the leader of Shiites Islamic Movement Sheikh Ibraheem El’ Zackzacky, a recourse to the justice system may not effectively redress the perceived electoral heist suffered by the leading opposition figure.”

The body also accused Buhari of deploying the Economic and financial crimes commission (EFCC) and Department of state services (DSS) to intimate and sow fear in the minds of judicial officers.

Against this backdrop, HURIWA charged Abubakar to “invest his resources and time towards building constructive and formidable opposition platform that would galvanize the public towards actualization of holistic electoral reforms to guarantee free and fair polls in the future.”

HURIWA described the presidential poll conducted by the Yakubu Mahmood-led INEC as “the most predatory and roguish political enterprise that has ever happened in the twenty century world.”

“The election was anything but peaceful, transparent, free and fair, just as the collation of results at the national level was choreographed to appear like a scenario whereby a robbery gang took their time to allocate the looted fund to themselves whereas the victims are left to agonise and pass through trauma. The European and so called observers from ECOWAS; AU and Commonwealth were bribed to endorse the sham elections by INEC.

“The election witnessed the most brazen acts of deprivation of the right to vote technically and systematically implemented by INEC against the southern voters and most especially, voters bearing Christian names because of the widespread perception that Christians would normally not vote for a government that did nothing to stop the genocide against them by armed Fulani herdsmen.”

HURIWA condemned the electoral violence that trailed the polls in Kogi, Rivers, Bayelsa, Lagos and the deliberate disenfranchisement of Igbo voters in Lagos and Sabon Gari, Kano by the political godfathers of those states in collusion with INEC.”

The body stated that the pains of the manipulation of the election may take years to heal but the group called on like-minded ideological citizens to organize themselves and champion the cause of achieving total electoral reforms to make the electoral body truly independent.”

It also called on the police to arrest and prosecute all those who disrupted the polls as captured by the vigilant cameras of patriots Nigerians which are circulating on verified accounts of several credible statesmen and women of truth.

“Sweeping the organized crimes that happened during the elections behind the carpets of impunity is no longer an option. We condemn all those who are gloating and celebrating over the results of the election which in all honesty is worst than the crimes ascribed to the Evans the Billionaire Kidnapper,” the statement added.