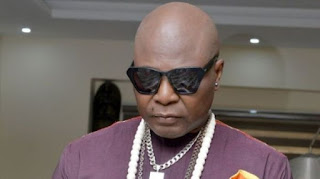 Maverick activist, Charly Boy, has said that he will lead a peaceful protest to the headquarters of Independent National Electoral Commission if the agency shifts the Presidential and National Assembly elections on Saturday.

Charly Boy said this in an interview with newsmen on Tuesday in Abuja.

It was recalled that Prof. Mahmood Yakubu, the INEC Chairman, early on Saturday, February 16, announced the postponement of the polls to February 23 because of “logistics and operational problems”.

The Commission also shifted the state Governorship and legislative elections as well as Council polls in the Federal Capital Territory from March 2 to March 9.

However, reactions have continued to trail the action of the electoral umpire with many Nigerians, especially political players, calling for the resignation of the chairman.

Charly Boy, the Convener of Ourmumudondo Movement, however, noted that he saw the inability of Nigeria to hold the polls on the scheduled date as ‘an act of God’.

He, however, warned that any further shift of the elections, especially the presidential poll, would be protested by his group.

“I want to believe that what happened on Saturday is some kind of divine intervention, no matter how much things have become so politicised in our environment.

“However, if there is another postponement, we will go to INEC office to tell us what is happening and whether they are truly independent or not.

“Unless they want to set fire on an already tensed situation in the country, I see no reason why INEC should postpone the elections again.

“Nigerian politicians are very desperate to get and hold onto power and it is part of my nationalistic engagement to speak against mindless political criminality in the polity, “he said.

Charly Boy urged Nigerians, especially the youth, to come out and vote for leaders of their choice in all the elections.