House of Reps Speakership: Dogara, Gbajabiamila to square up again 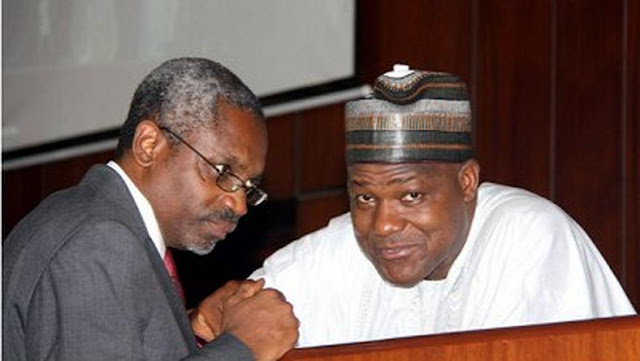 With the Presidential and parliamentary polls over, attention has now shifted to the National Assembly and the leadership contests in the two chambers.

In the House of Representatives, the shape of the contest is narrowing down to a re-enactment of the 2015 contest with a possible contest between the outgoing Speaker, Mr. Yakubu Dogara and the incumbent majority leader, Femi Gbajabiamila.

Clashed with each other over the juicy office.

Gbajabiamila was later compensated with the position of the Majority Leader following the intervention of the presidency and the party leadership.

However, the situation has since changed. Dogara defected to the Peoples Democratic Party, PDP on whose platform he returned to the House.

His exit from the APC many believe, was largely orchestrated by the bitterness between him and the mainstream of the political elite in his native Bauchi State with Governor Mohammed Abubakar.

Incidentally, the two lawmakers, both of them lawyers have individual rich legislative profiles.

How the scenario may play out

Dogara’s emergence in 2015 was largely a product of a popular movement.

Despite the overt pressure from the party leadership, majority of the party members in the House voted Dogara and ditched Gbajabiamila who was obviously who was and is still regarded as a disciple of Southwest political leader, Asiwaju Bola Tinubu, the APC national leader.
With Dogara’s defection to PDP and the loss of his party’s presidential candidate, Atiku Abubakar to Buhari, it is obvious that APC would form the government at the centre and would also want to produce the next speaker.

A Titanic clash imminent
But the question of who produces the Speaker has since been demystified. Recall that former Speaker Aminu Tambuwal of the PDP in the 7th Assembly defected to PDP while in office and was left to serve out his term. Presently, Dogara who emerged on APC platform but later moved to PDP and on the verge of completing his term has remained in office.

This is so because the constitution is not specific on which party that must produce a speaker or a Senate president. It only provides for a speaker and a Senate president who shall be elected from amongst the members. It, therefore, goes to mean that even if the members decide to choose from amongst themselves a colleague from a political party with the least number of elected parliamentarians as Speaker, it is so binding on all. His or her removal can only be effected through a two-third majority vote.

It is on this basis that  Dogara may be running for the office again despite the fact that his new party is likely to form the minority in the new House.

Dogara’s strength/weaknesses
At the moment, Dogara’s chances of serving a second time as speaker may be bright especially given the way he has been able to carry out his duties in the last three years.

Even when he defected to the PDP, his members did not raise much mutter. Another layer of Dogara’s strength is drawn from his ability to hold consultation with his colleagues on many legislative issues. Again, the Speaker is no stooge to anybody. Except God and his colleagues, so there is no trace of godfatherism to him. This is a pass mark for him.

However, what may clog his chances is the fact that his PDP didn’t win the presidential election. So, whether the APC would allow the members to choose their speaker in a free and fair manner is an issue in the offing.

Gbajabiamila’s strengths/weakness
Obviously, Gbajabiamila’s dream to become Speaker in 2015 was derailed by the popular agitation for Dogara at that time.

He is seen as a very good opposition leader who in his time as leader of the opposition between 2011 and 2015 successfully put the leadership to task.

A very good orator, however, a major challenge for him is his capacity to carry people along, a strong factor that resonated against his aspiration in 2015.

A strong factor that may challenge his aspiration is the internal conspiracy within the APC from those who do not want to see a very close associate of Tinubu in such a high profile position. Even though he is one of the leading APC member in the House, the prospects of having him in such a high profile position of power is one that is bound to raise issues among those in the APC who are suspicious of Tinubu.

Other factors
Meanwhile, there are still other factors that may likely deny both men the office. One of these factors is the power-sharing  formula of the APC and the PDP. If the APC decides to zone the Speakership slot to either Southeast or South-South geopolitical zones, it then means that Gbajabiamila may be ruled out.