Fayose calls out EFCC over delay in trial of Babachir, Ex-NIA boss, Oke 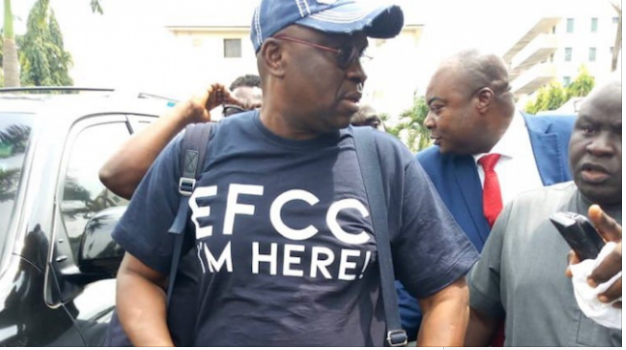 Immediate past Governor of Ekiti State, Ayodele Fayose, has called out Economic and Financial Crimes Commission, EFCC over its failure to trial former Secretary to the Government of the Federation, SGF, Babachir Lawal.

EFCC had some weeks ago dragged former Secretary to the Government of the Federation, SGF, Babachir Lawal before the High Court of the Federal Capital Territory, Abuja.

EFCC filed a 10-count charge against Lawal and five others.

However, proceeding of the trial is yet to commence.


Fayose, reacting, queried the anti-graft agency for the delay in trial of Mr Lawal.

Fayose on his Twitter page wrote: “I have two questions for EFCC, this government said it was ready to try the former SGF, Babachir Lawal, are they waiting to aid him to travel abroad too?

“If they claimed Ex-NIA boss, Oke and his wife escaped abroad, has the former SGF escaped too?

Prosecution counsel, Rotimi Oyedepo told Justice Aneke that the defendants could not be found.

According to him, efforts to reach them by the EFCC proved abortive as calls to their phones rang out.