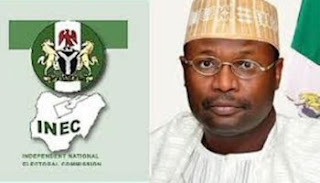 The Inter-Party Advisory Council on Thursday warned the Independent National Electoral Commission not to consider postponing elections in Rivers and the Zamfara States because of the internal crisis rocking the All Progressives Congress.

IPAC is the umbrella body of all the 91 registered political parties in Nigeria.

It made the call in a statement by its National Publicity Secretary, Imo Ugochinyere, amidst reports that the Attorney-General of the Federation, Abubakar Malami, had asked the electoral body to consider postponing elections in Zamfara State.

Ugochinyere described Malami’s letter to INEC as an invitation to anarchy.

He said all political parties were fully prepared for the election.

He said it would be counter-productive if the commission begins to shift the date of elections due to the internal issues of any political party.

The statement read, “IPAC wishes to also call on the commission to disregard the unconstitutional letter written by the AGF asking for election shift

“The letter is an invitation to electoral anarchy and a foundation for derailing the 2019 election.

“The Electoral Act forbids the shift in the election by any litigation-related issues.”

He recalled that during the last governorship election in Ondo State, the Supreme Court gave judgment declaring Mr Eyitayo Jegede as the rightful candidate of the Peoples Democratic Party just a few hours to the election.

He said INEC did not shift the elections as that candidate was not even able to campaign at all.

He added, “If that was the decision then, what would warrant a shift in policy now to favour a party? Justice and fair play should be the rule of the game.

“We stand by the already existing standard as established in the case of Ondo State and state that the standard will put all political parties in check to know that their inability to resolve their issues in line with their constitutions could cost them dearly.”