‘Don’t let me die like this’– Veteran Actor, Baba Suwe pleads for help 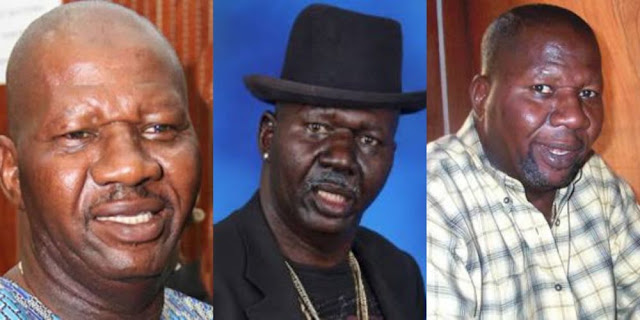 Babatunde Omidina, a veteran Nollywood actor popularly known as Baba Suwe, says he needs the help of his fans with raising funds for medical treatment abroad.

In a radio interview with Kola Olootu on Lagelu FM, the actor said he had not received his N25 million compensation from the National Drug Law Enforcement Agency (NDLEA).

In 2011, the actor was arrested by NDLEA at Murtala Mohammed International Airport over the suspicion that he was trafficking drugs.

He was detained for three weeks and was granted bail after no drugs were found on him.
“I slumped when I travelled and was admitted for about three weeks. They asked me if I was trafficking cocaine and I said no. I was examined and they didn’t see anything,” he said.

“After that, I requested to return to Nigeria. After returning to Nigeria, I tried to walk on my own but I was staggering; that’s how I started using the walking stick. When I returned to America, they said I needed to do surgery and that it would cost a lot.

“When I approached people, they said they didn’t have money so I couldn’t raise as much money as I needed. I need help from my fans so that I can take care of myself.”

Although the court had ordered NDLEA to pay a compensation of N25 million to the actor, he said he has not received it.

“After all this, I haven’t received the N25 million compensation. Please don’t let me die this way. I can’t lie, see how I am looking,” he said.

In reaction to the interview, the leadership of Theatre Arts and Motions Pictures Association of Nigeria (TAMPAN) denied abandoning Baba Suwe.

Bolaji Amusan, TAMPAN president populary known as Mr Latin, told journalists that he has instructed the Lagos state arm of the association to check on him.

The state of Baba Suew's health had allegedly deteriorated after he confirmed to have been battling the ailment in 2018.


“I am diabetic. As a result of that, my blood sugar level usually fluctuates but things are normal now. There was a time when I could not even talk. Very soon though, everybody will see me in another dimension in a movie,” he told Punch in an interview in 2018.