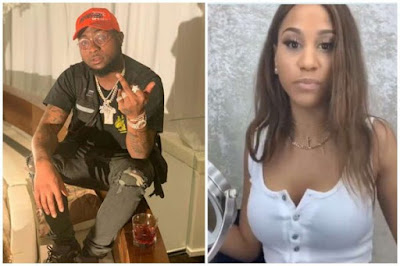 Popular Nigerian music star, Davido has given in to pressure by fans to send in an apology to a certain lady, Lolo who he angrily went off on for implying he sold his soul for Nigerian politics.

The Lady came out openly to lay heavy allegations on Davido, that he sold his soul to win votes for the political parties his supporting, but Davido was very quick to give her a bit of his anger, calling her all sort of names.

This action was largely condemned by many, who accused him of body shaming her.

taking to his Twitter page earlier today, Davido addressed the allegations in a lengthy post. He stated that he knows the lady personally and she could come directly to him, but rather went to accuse him online, this action he claimed hurt him so bad.

Davido started by clarifying that he had never gotten any cash from the PDP to join their campaign.

He also addressed reports that there is a beef between himself and Wizkid, stating that Wizkid or his team never mentioned him any of their post, neither has he.

See what he wrote below; 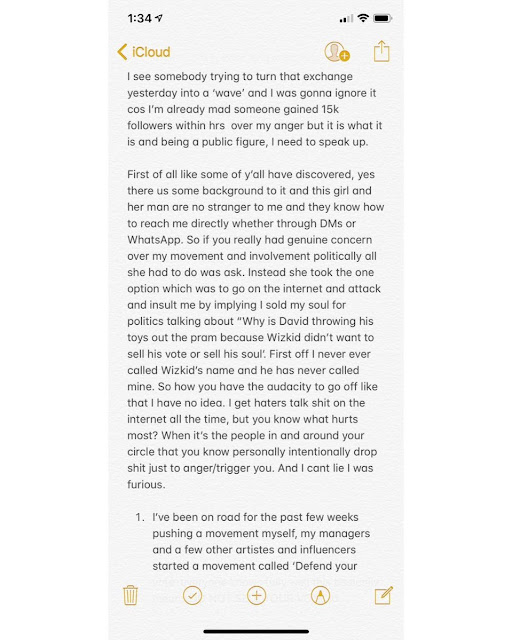 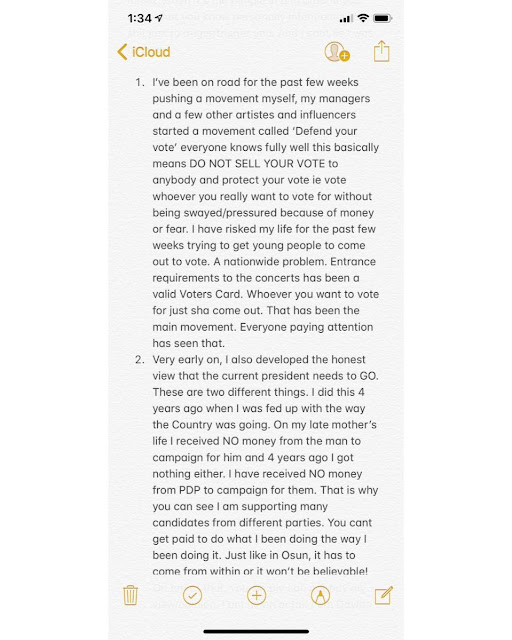 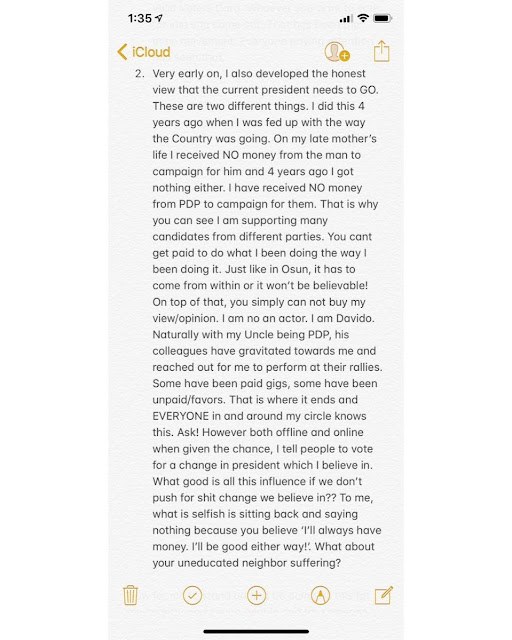 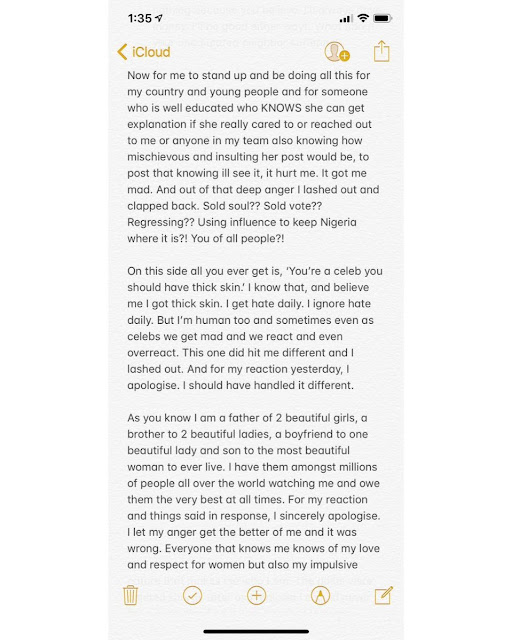 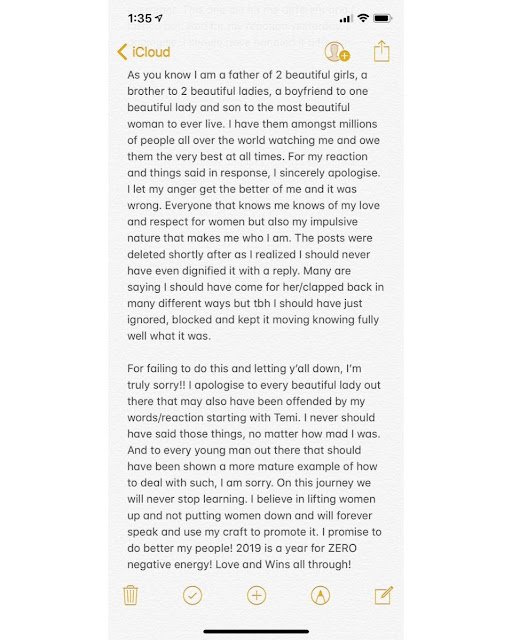