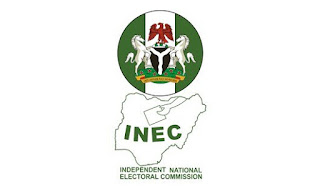 The Coalition of United Political Parties on Sunday asked member parties to shun the directive by the Independent National Electoral Commission and resume campaigns ahead of the Saturday’s presidential election.

Chairman of INEC, Prof Mahmood Yakubu, had during an interactive session with stakeholders in Abuja on Saturday said political parties could not resume campaigns despite the postponement of the presidential election earlier scheduled for February.

Answering a question raised by a former Minister of Aviation, Osita Chidoka, who represented the National Chairman of the Peoples Democratic Party at the session, Yakubu had said since the campaign for the election ended last Thursday, parties could not resume campaign again.

But CUPP, in a statement by its national spokesman, Imo Ugochinyere, on Sunday said Yakubu’s position was unconstitutional. Ugochinyere said the nation’s Electoral Act stipulated that shall end 24 hours prior to the day of the election.

He argued that since the presidential election had been shifted to Saturday, political parties are at liberty to resume campaign till midnight on Thursday.

He, therefore, asked member parties to resume campaigns from Sunday and mobilise voters for the presidential candidate of the Peoples Democratic Party, Alhaji Atiku Abubakar.

The statement read, “In view of the provisions of Section 99 of the Electoral Act, the over 51 member parties of the Coalition of United Political Parties hereby direct all members to return to the campaigns fields and recommence campaigns and end by midnight of Thursday, February 21, 2019, as required by law.

“Section 99(1) of the Electoral Act provides that public campaigns shall end 24 hours prior to the day of polling. “It is, therefore, wrong to expect that political parties will stop campaigns on February 14 for polls that will open on February 23. “It is unlawful and statutorily wrong to curtail the clear intendment of this section of the Electoral Act which is clear and unambiguous.

“Campaigning until 24 hours prior to the day of polling is a statutory right of parties and cannot be taken away, curtailed or abridged by any executive fiat. “INEC cannot, on its own accord, limit the period of campaigns as it is regulated by law. “Member parties are hereby directed to continue campaigns from today (Sunday) and focus on voter remobilisation and ensure that Alhaji Atiku Abubakar is elected and declared the winner of the presidential election.”