Can an election still be free, fair when it is postponed 9 hours before schedule? 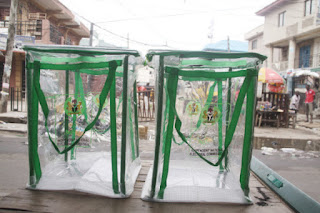 On April 2, 2011, INEC shifted the national assembly election by seven days (to April 9), citing “logistics and operational” problems. And it took this decision while voting had already commenced in some parts of the country.

Really, what happened was that the electoral umpire had sent election materials meant for the governorship polls scheduled for April 16 to some states instead of those for the legislative election. This was an epochal, embarrassing logistics failure by INEC.

However, the Commonwealth Observer Mission in its report on April 18 said INEC managed to hold a “reasonable election” on the rescheduled date. In other words, that the exercise was shifted did not “totally negatively” affect its outcome.

“The experience of 2 April should not have happened. While INEC managed to hold a reasonable election on 9 April and improved its performance further on 16 April, it clearly needs to improve on its organisational capacity,” it said.

In fact, the National Democratic Institute (NDI), Washington DC, US, gave INEC some accolades for the conduct of the rescheduled national assembly election.

Here is what it said in its report: “Reports from NDI observers contrasted markedly with observations recorded during the 2007 polls, when systemic and widespread irregularities subverted the overall credibility of those elections. In this election, (April 9 rescheduled national assembly election), polls were conducted in a generally calm and peaceful atmosphere, with many Nigerians demonstrating eagerness and determination to vote despite long queues and hats weather conditions.”

On February 7, the 2015 general election was shifted by five weeks, seven days before the exercise. Though INEC relied on security advice and not problems of logistics in taking the decision, the rescheduled election was largely free, fair and peaceful. This is according to some international observers.

So, it is clear that rescheduling an election may not colossally affect its turn-out or credibility. I know this is a difficult position to hold at this time that many Nigerians would like to have the head of INEC on a spike, but we must look beyond emotions and a bit into the nitty-gritty.

However, it is grossly irresponsible of INEC to have postponed the election nine hours before the schedule. Really, it is gravitationally sloppy of it. The electoral body had four years to prepare for the exercise; this tardiness can simply not be excused.

Importantly, INEC should not lease itself to political influence. Abubakar Malami, attorney-general of the federation, had pensively asked the electoral body to postpone conducting any election in Zamfara state so as to accommodate candidates from the APC. The party has been banned from fielding candidates in the state owing to the fraudulent primary elections it conducted.

As it is, if INEC succumbs to this wheedling, it will be clear that it did not postpone the election for logistics reasons, but for political reasons.