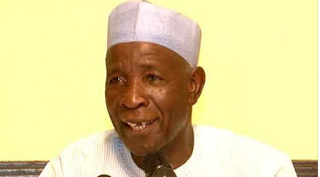 Buba Galadima, a national leader of the Peoples Democratic Party (PDP), has been released from custody.

Galadima was arrested by suspected security operatives during the presidential election on Saturday.

The All Progressives Congress Presidential Campaign Organisation had before then alleged he was plotting to announce Atiku Abubakar of the PDP winner of the election.

The PDP had raised the alarm over his arrest but Galadima was spotted at the press conference addressed by Atiku in Abuja on Wednesday.

Galadima was seen after the result of the presidential election was announced.

He tweeted: “Nigerians and the world over should know this — Alhaji Buba Galadima has just been kidnapped by masked security operatives, his whereabouts is unknown.

“Buhari/APC are hell bent on destroying our hard earned democracy. We will never be cowed, the will of the people must prevail,”

The PDP called for his release on Tuesday, accusing the current administration of carrying out a “clamp down of the opposition.”