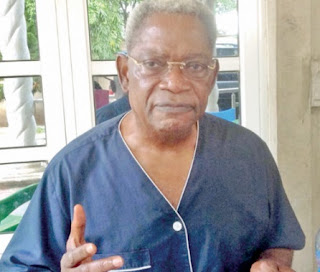 His wife, Rosemary Waku, who is the Head of Public Affairs and Information unit of the Federal University of Agriculture in Makurdi, confirmed the husband’s death this morning by telephone.

Mrs Waku, could not explain further as she broke down in tears.

It is not yet clear where he died at the time of this report as unconfirmed sources alleged he died in the United States while others said the incident happened in Abuja while he was being treated of an illness.

Waku hails from Guma local government area and held the traditional title of Wam Begha U Tiv (Son of a Lion).

He was appointed the Pro-chancellor of the Federal University of Technology, Akure, Ondo State by President Muhammadu Buhari, a position he held until his death.

Waku, an engineer by profession, was at the Senate on the platform of Peoples Democratic Party (PDP) between 1999 and 2003.

Though a member of the APC, Waku before his death, granted several interviews which suggested he strongly supported the candidature of Governor Samuel Ortom’s reelection.