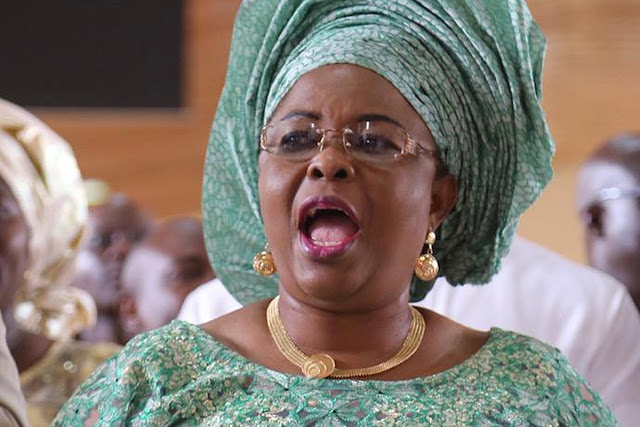 The interim forfeiture followed a court order secured by the Economic and Financial Crimes Commission (EFCC).

The forfeiture order by federal high court sitting in Kano and presided over by  A. Lewis-Allagoa is consequent upon a motion ex parte filed by the commission seeking for the interim forfeiture of the money.


The money was found in the account of Magel Resort Limited, a company linked to the former first lady.

The commission said it got tipped off that a bank account domiciled in Fidelity Bank, had a huge sum of money that was not being used by anybody.

Upon receipt of the intelligence, the EFCC swung into action by conducting preliminary investigation, which reportedly revealed that Patience and some relatives of fJonathan were directors of the company.

In trying to trace the origin of the money, it was discovered that N500,000 was deposited on the 20th of May, 2015 by Fynface, who is alleged to be in charge of the Company, while N1 billion (One Billion Naira Only) was transferred in two tranches on the 25th May, 2015 from PAGMAT OIL AND GAS NIGERIA LIMITED, a company that was not incorporated with the Corporate Affairs Commission.

Lewis-Allagoa held that: “An interim forfeiture order is granted to the Federal Government in the sum of N1,000,494,000 (One Billion, Four Hundred and Ninety Four Thousand Naira Only) in the Bank account of the 1st respondent Magel Resort Limited 4011019546 which is maintained with 2nd respondent Fidelity Bank Plc”.

The court further ordered that the forfeited sum be deposited in the treasury single account of the federal government.