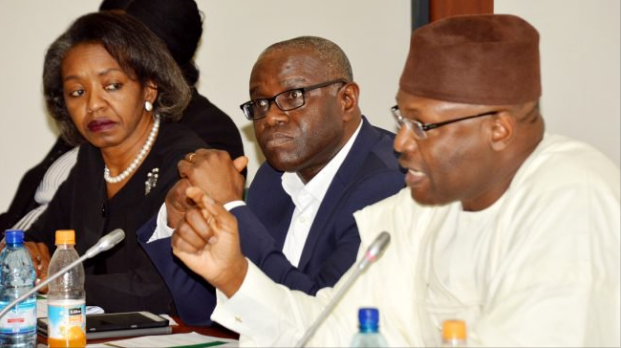 Mahmood Yakubu, the chairman of the Independent National Electoral Commission (INEC), has said the ballot box snatchers should be dealt with according to the electoral act.

On Monday President Muhammadu Buhari said he has given the military and the police the order to be ruthless, stating that those who snatch ballot boxes will pay with their lives.

“I really gave the military and police order to be ruthless,” Buhari had said.

“Anybody who thinks he has enough influence in his locality to lead a body of thugs to snatch ballot boxes or disturbs the voting system, will do so at the expense of his own life.”


But speaking at a press briefing in Abuja on Tuesday, Yakubu, asked that the electoral act be adhered to, in dealing with electoral malpractices.

DOES THE LAW SAY SHOOT AT SIGHT?
Section 129 subsection (4) of the electoral act prescribes a maximum of two years imprisonment for offenders.

(4) Any person who snatches or destroys any election material commits an offence and is liable on conviction to 24 months imprisonment.

Section 128 of the act adds that “any person who at an election acts or incites others to act in a disorderly manner commits an offence and is liable on conviction to a maximum fine ofN500,000 or imprisonment for a term of 12 months or both.”

The law does not say electoral offenders should be shot on sight.