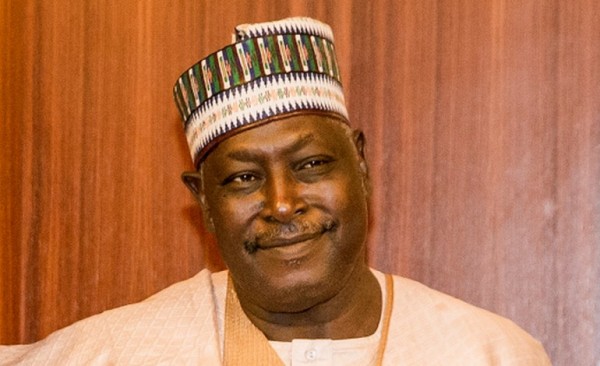 The Economic and Financial Crimes Commission on Tuesday arraigned the immediate-past Secretary to the Government of the Federation, Mr Babachir Lawal, and four others on fraud charges.

The five defendants, including Lawal, pleaded not guilty to all the 10 counts read to them before the High Court of the Federal Capital Territory in Abuja.

The EFCC alleged that the defendants fraudulently converted cumulative proceeds of grass cutting contracts worth over N500m which Lawal, as then SGF, allegedly awarded to the companies in which he had interests.

Justice Jude Okeke ordered the defendants to be remanded in the custody of the EFCC till Wednesday when he would deliver ruling on their bail applications.

Those with whom Lawal was arraigned in the case marked CR/158/19 on Tuesday included a director of his Rholavision Engineering Limited, Hamidu Lawal, an employee of the company, Sulaiman Abubakar, and the Managing Director of Josmon Technologies Limited, Apeh Monday.

Also arraigned along with him were Rholavision Engineering Limited and Josmon Technologies Limited.

The commission accused the defendants of conspiring to commit fraudulent acquisition of property contrary to Section 26(1) (c) of the Corrupt Practices and Other Related Offences Act, 2000, and punishable under Section 12 of the same Act.

After the defendants took their pleas, the prosecuting counsel, Mohammed Abubakar, urged the court to adjourn for commencement of trial, but defence lawyers asked the court to hear the bail applications they filed on behalf of their clients.

Olujinmi said the EFCC had invited Lawal and detained him on April 11, 2018 and granted him administrative bail on April 13, 2018.

Justice Okeke fixed ruling on the bail applications for Wednesday.