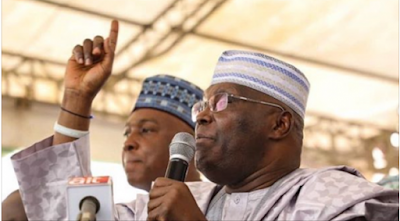 Atiku Abubakar, candidate of the Peoples Democratic Party (PDP), won in 18 out of the 33 local government areas of Oyo state in the just collated presidential election results released in Ibadan.

Suleiman-Age is the vice-chancellor of the University of Ilorin.

The collation of the presidential election results which took place at the INEC collation centre inside the commission’s State Office in Ibadan, commenced at exactly 5:30pm. on Sunday and ended at 3:10pm. on Monday.