5 things to expect after the 2019 elections 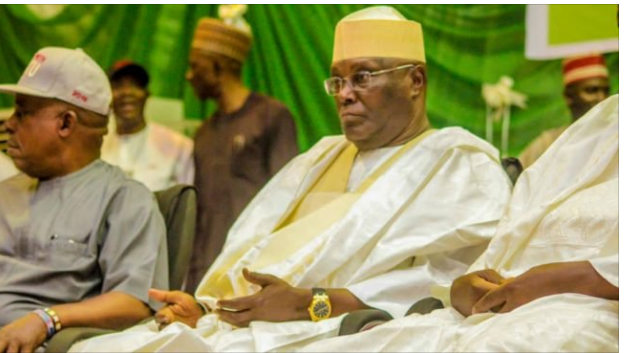 The 2019 elections will leave a lot in its wake. These are 5 things likely to happen after all has been said and done.

In what has surprised many, Governor Wike made practically no strong effort at stamping his authority after the return of Atiku, Saraki and the other big boys to the PDP. Wike’s albatross has largely been his inability to thrive in peace. If he isn’t battling Amaechi for Rivers, shoving Secondus down the neck of every member as party chairman or attacking anyone opposing his choice of Port Harcourt as the venue of the party’s convention then he is a man with a handicap at lobbying, uniting and forging a direction for the party.

Wike only knows how to fight and if there are no battles, the leadership position is largely dormant.

Post 2019 elections, expect Senate President Bukola Saraki to over time, assume the leadership role of the PDP whether or not they lose the general elections. After losing the presidential ticket to Atiku, he immediately positioned himself to be an integral part of Atiku’s campaign by getting appointed the head of the party’s presidential campaign council. Atiku has always chased one thing only since he became Vice-President in 1999 and has never been too keen on party affairs.He will play loyal party member from the back ground while waiting for 2023 but Saraki on the other hand has always been an active party man and will capitalize on his extensive network in the PDP to fill what is more or less a vacuum. A highly calculative and easy-going fellow that he is, keeping Wike close before the eventual take over shouldn’t be a hard job.

One thing is very clear. The scapegoat for a Buhari loss is Adams Oshiomole. Every ‘analyst’ in the APC will start to conjure up theories on how the inability of the party to present candidates in strategic states left many rightful and not-too-rightful aspirants disgruntled. Even if Buhari wins those states, his loss will be attributed to the ‘loss of confidence’ by key members elsewhere who refused to work for the party because of Oshiomole’s incompetence. The man is between a devil and the devil.

The only thing working in Oshiomole’s favour is Buhari’s support and reluctance to dispense with people working closely with him – the service chiefs, the EFCC boss, Ibrahim Magu, Adebayo Shittu the Minister of communications, the AGF, Abubakar Malami SAN to name a few. Kemi Adeosun had to resign while we practically forced him into doing away with Babachir.

A Buhari win will mean Oshiomole retains his job because he will be protected but a loss for the President is as good as a sack for the APC chairman.Never in the history of this country has a major party, a ruling one at that, sat out a tussle for such high profile offices as governor and senate at a time.

An APC win or not, Tinubu’s influence will continue to wither after the 2019 elections. Buhari’s perhaps noble insistence on running a ‘democratic’ party devoid of a demi-god figure after assuming office may have given rise to too many unfettered interests and handed Saraki the Senate Presidency on a platter but it also meant that Tinubu had to shed a large measure of control over the party apparatus.

The word has always been that an agreement was struck during the formation of the APC that involved Buhari getting the Presidential ticket in 2015 for Tinubu to have total control of the party and from the look of things, Tinubu campaigning for the President is more to salvage what is left of his battered reputation and reap what he can off it than for the genuine interest of the APC.

Buhari was reportedly so pissed off by Tinubu’s plan to wriggle his way to the party’s ticket in 2023 that he took it upon himself without solicitation to try and save Lagos state governor, Akinwumi Ambode by sending an APC national election committee to go and declare an already held gubernatorial primary invalid.

He later backed down when it became clear any other choice other than Jagaban’s in Lagos where he still reigns supreme would be a disaster.

Buhari’s preference for dealing with party chairmen instead of any anointed leader was the beginning of the fall for Tinubu. Former party chairman, John Oyegun, not only grew enough balls to fight him, he almost pushed him out of the party. Tinubu strongly considered leaving the APC along with an ambitious Atiku at that time and though he has mastered his place under Oshiomole, Buhari just doesn’t like the very obvious-Tinubu is still in the party because he is eyeing his seat in 2023.

The amount of time Tinubu has spent as a ‘regular’ member has made him lose respect and influence even within the South West and in the event of a PDP win, he will have to be content with playing the ceremonial head to a much more emboldened lot and if the APC win, he’ll still stay as he is.

THE PDP WILL GROW STRONGER AND THE APC WEAKER

The APC was mostly an assortment of politicians desperate to seize power in 2015 with no inspiring internal structure or any serious intention of remedying that. It didn’t help that they had a leader keen on having things take their natural course.

Those who ran away from the PDP strolled in to play sensitive roles in the working of the party machinery by virtue of their clout and experience and those same persons having recognized brighter prospects for their individual ambitions in the PDP, have gone back there.

A victory for the very ‘political’ Atiku will be beneficial to his fellow journeymen who are at least guaranteed a man who will not lock them out and a loss wouldn’t really change much as majority of the returnees; whose come back has greatly strengthened the party, have already ridden on the back of the APC to various offices.

A loss for the PDP will only mean that their members will adapt to their new home and go about their businesses for the time being at least.

The APC had a very loose structure that was worsened by the mass exodus of key members and their allies in key states. There are so many voices against the leadership and with a President that will ensure it stays in place if he wins,there is little hope for the unification of the ranks into a solid unit and also an innovative way to accustom the party to the way its leader wants it run.

If Buhari loses then the party will spend its first post-election months kicking out Oshiomole. With neither of Buhari nor Osinbajo going to assume an active party leader position, it is likely the governors will pick a new chairman to technically, start all over again.

ATIKU’S RESTRUCTURING WILL BE CONTROVERSIAL IF HE WINS

Atiku’s restructuring agenda was his first campaign point to his very first targets – the South East and the South South who have all felt pinned down by the present system of government. In a bid to take some pressure off him in the event that he is sworn-in as President, Atiku has said he will start a process that will take six months. It is hard not to deem justifiable, fears that such is coming from a man that has already rendered the ‘customary’ promise of just a single term in office.

He will undoubtedly incur criticisms if it lasts longer but the real controversy will spawn off the nitty gritty details of the restructuring process. For starters, Atiku doesn’t mind having the oil-producing states keep all the money made from it but he will tax them. How is that for sound bite?

Hassan is a lawyer based in Kano.