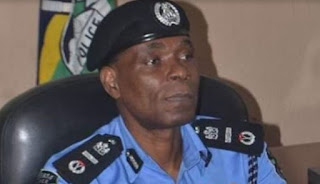 The Acting Inspector- General of Police (IGP), Mr. Mohammed Adamu, has declared that the full weight of the law will be brought to bear on troublemakers in the mould of thugs, ballot box snatchers, as well as those identified to be trading in votes.

The Independent National Electoral Commission (INEC) had fixed tomorrow for the national elections, after failing to hold same last Saturday.

Force Public Relations Officer (FPRO), Mr. Frank Mba, an Assistant Commissioner of Police, who conveyed the IGP’s assurance in a statement yesterday, said: “While calling on the public to cooperate with the security operatives, the IGP, however, warns those who may want to undermine the electoral process by engaging in snatching of ballot boxes, hate speeches and vote trading to desist from such acts or face the full consequences of the law.” He further disclosed the readiness of personnel deployed on election duty, to observe best practices, in line with their pre-poll security training.

“In line with his avowed determination towards ensuring peaceful, credible and hitch-free Presidential and National Assembly elections scheduled for Saturday, 23rd February 2019, the Inspector General of Police, Ag. IGP M.A Adamu has assured Nigerians that adequate security measures have been put in place to ensure a safe, secure and conducive environment towards a peaceful and credible election.

“The IGP, therefore, calls on the citizens to come out en masse on the day of the election to cast their votes without any fear or apprehension,” Mba said. He added that: “The IGP further reassures the citizens that security personnel deployed for the elections have been adequately trained and are under strict instruction to abide by the Standard Operational Procedures of the Force and international best practices in the conduct of an election.

“They will remain patriotic, steadfast, professional, neutral and civil, but firm, in their conducts and actions throughout the period and beyond. The general public is, therefore, implored not to feel intimidated, but rather should be emboldened, by the presence of security personnel deployed to their areas, to go out and exercise their franchise.”