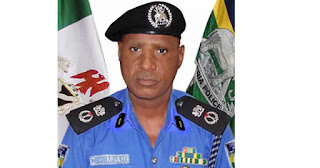 The Lagos State Commissioner of Police, Zubairu Muazu, has deployed 30,000 personnel, comprising the police and other law enforcement agencies, for the 2019 general elections.

The state Police Public Relations Officer, in a statement on Wednesday, said the election which would commence on Saturday, February 16, 2019, would witness the personnel wearing the INEC identification tags to secure the electoral process.

Oti said, “The Commissioner of Police, Lagos State, Zubairu Muazu, has deployed 30,000 personnel, comprising the police and other law enforcement agencies, for the 2019 general elections beginning with the Presidential and National Assembly elections on Saturday, February 16, 2019.

“All personnel are expected to wear INEC identification tags and are to secure the entire electoral process. However, the police being the lead agency in internal security management, will coordinate other security and law enforcement agencies in the enforcement of the electoral laws; the preservation of law and order; as well as safety and security of human and material resources deployed for the elections.

“In addition, the command has set up a joint operations room with the following dedicated lines through which members of the public can draw the attention of the police to distress situations or any untoward event in their locality.

“The CP assures Lagosians of adequate security before, during and after the elections. He encourages residents of the state to come out without fear of intimidation and exercise their franchise.”

The PPRO, who said the CP warned thugs and other miscreants not to make any attempt to disrupt the electoral process, added that the command was ready to deal decisively with anyone who breaches or attempts to breach the public peace.