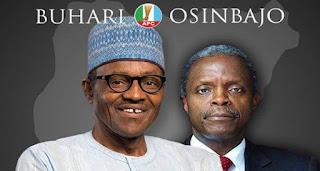 The All Progressives Congress (APC) in Enugu State has initiated a final presidential campaign road show to the grassroots in the Enugu East senatorial zone to drum support for President Muhammadu Buhari.

Sen. Ayogu Eze, embattled APC Enugu State governorship candidate, who led the roadshow in the senatorial zone on Wednesday, thanked the people of the zone for coming out en masse to support and participate in the campaign.

Eze said that the president remained poised to take Nigeria to the next level adding that President Buhari loved the people of the South East.

The governorship candidate said that if Buhari was re-elected, he would do something profound for the Igbos.

He said that Buhari promised that in 2023, he was going to make a commitment to re-integrate Igbos in Nigeria’s enterprise.

“You noticed that there is massive ongoing rehabilitation of the Enugu expressways and right now concrete foundation and piling on the second Niger Bridge has been completed.

“It is no longer story that since the death of Dr Nnamdi Azikiwe, who was the most prominent Igbo man, the issue of his mausoleum has been rhetoric of politics from year to year but you can remember that it was commissioned on Jan. 24 when the president visited the zone,” he said.

Eze urged the people of the senatorial zone to vote for Buhari and the entire APC candidates in the national assembly to make his government smooth and more productive.

Eze said that he attracted several roads and bridges to the three senatorial zones of the state.

The APC state Chairman, Dr. Ben Nwoye urged the people of Enugu East to vote for their senatorial candidates and other national assembly candidates for them to continue the good works they had been doing.

Nwoye said that the national assembly positions in Enugu East was rotational, urging the people in the zone to vote for the right person.

He urged them to vote for president Buhari and other APC candidates in the state on Feb. 16th and March 2 general elections.

In his remarks, the APC Senatorial Candidate for Enugu East, Chief Lawrence Eze said that the people of the district had spoken in one voice that they had no other option than to re-elect President Buhari come Saturday.

He commended the people of Enugu East for their commitment to ensuring that they would vote for the APC all the way in their zone.

Eze said that he had done a lot for his people without being in power, adding that he had built several houses for the less privileged and had equally constructed roads for the zone.

He promised to do more if elected.